Most people have been intrigued by the position battles for utility infielder and the last spot in the rotation, but my favorite battle during this Spring Training has been for the backup catcher position. In my eyes, this race is pretty wide open and gives the Rays some flexibility.

Let me preface this by saying these players have not played enough games for these stats to really show anything. However, the team will have to make a decision and their decision will be based on something relative.

After the jump you can catch a brief breakdown of all of the candidates, my opinion on the situation, and a poll for you to voice your opinion.

Shawn has once again had unfortunate luck with another random injury. He is expected to be back into play soon, but the time lost added to his weak Spring thus far may not bode well for the early favorite for the job. While obviously 7 games played is a not ever worth mentioning as a sample size, the team has to base its judgements on something, and he has been outperformed by his adversaries so far.

The Stache is looking more and more like a filler signing to help with the pitchers in Spring Training. He has only had action in 4 games, but maybe this is because Joe knows what he can get from Josh. If he doesn't make the team, it will be interesting to see how it plays out. Whether he remains with the team in the minor league system or searches for a job elsewhere in the baseball community.

Howie Mandel's grittier looking cousin has had a tremendous spring so far, and is looking more and more like a viable option. Mike has played great defense like always, but has also shown the ability to swing the wood in his small amount of time. He has also received great reviews from teammates and coaches as being a quality veteran leader in the clubhouse.

Hector hasn't played baseball in 2 years and is coming off a shoulder injury. Before he was hurt, he was the top catching prospect in the Astros organization. He has shown in camp that he is back to full health and has crushed the ball during his time here. Also, he is Venezuelan and has been buddy-buddy with Navarro throughout camp.

If I had to choose the opening day backup right now, I would have to go with Mike DiFelice. Mike has been around the league for a while now, and would be a good influence on the young pitchers. He also is a great defensive catcher, which I would prefer over someone less adept. I think Gimenez may be a dark horse to keep an eye on over the next couple weeks, as he has been playing good ball. To me it looks like Josh Paul will not be making the team, but with Joe...who knows? Riggans still has a chance to earn the spot, but I think the team will rather give the spot to a more experienced catcher like DiFelice.

There is also a poll to the right here for you to cast your vote on your pick for the backup position. 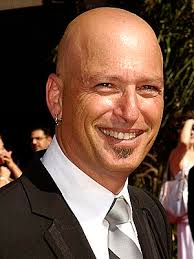 Who do you want as your backup catcher?