Share All sharing options for: Getting Familiar: Fronk, Nowak, Hughes, and Vogt

And so we begin looking at positional prospects. 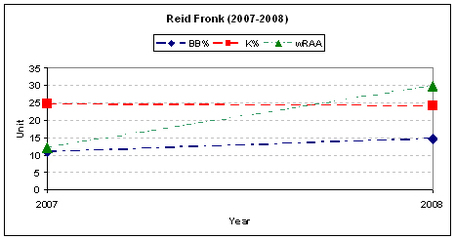 WTFronk, if I didn't know any better, I'd say we might have a legitimate prospect here, depending on what he does next season. Fronk was actually a youngster on the Columbus team as a 21/22 year old. The 2007 seventh round pick has mashed during his time in the minors, posting one of the better wOBAs in the SAL. We'll see how he progresses, and pray for at least average defense. 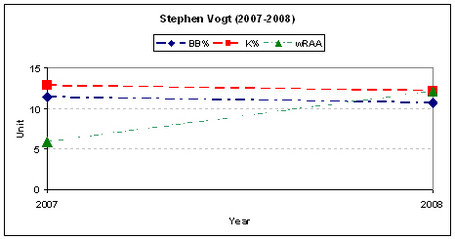 The former collegiate catcher did more in his second season with the Rays, although he still spent far more time in the pasture. He did manage to throw 8 of 23 attempted thieves out, but had three passed balls. A lot of his value will ride on his position, and let's hope it's a footwork thing, because the arm is good. 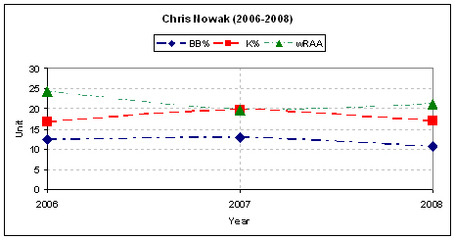 Chris Nowak 3B
Nowak was primarily a first baseman until 2008, when he played over 110 games at the hot corner. No idea how that transition worked, but his offensive numbers are pretty nice. I liked him last year, and nothing's changed. He's finally going to be in Triple-A, and I don't see any reason why he can't profile as a bench player. 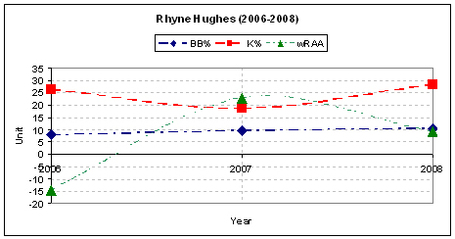 Rhyne Hughes 1B
After a horrifying concussion and the after effects it's nice to see Hughes get back to playing baseball. His numbers are all over the flipping place, so who knows how he projects moving forward, but at least he's got his health.