Update: Tommy contacted a Rays source who called the report premature, but did not deny or confirm the interest.

Per Buster Olney (Credit to BobR)

Brian Shouse, a veteran left-handed reliever, has agreed to a two-year deal with the Tampa Bay Rays, according to baseball sources. The deal is pending a physical exam, which he will take on Thursday.

I'm going to assume hope the second year is a club option, similar to what the Rays did with Trever Miller and that the money is reasonable.

Over the last three years Shouse has been worth: -0.2, 1.1, and 0.4 wins. That works out to an average of ~0.4 wins per season, or worth around 1.8-2 million dollars. Shouse gets grounders, lefties out, and nets the Brewers a second round pick - not at the expense of the Rays second round pick. 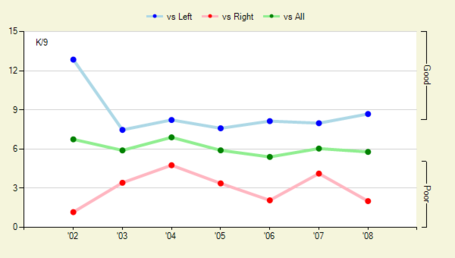 The Rays pen now has the following options: