A few weeks ago Tommy covered the Rays historic lack of a designated hitter. He called it the "Curse of Greg Vaughn", to which I found appropriate. The Rays "lack" of a superstar effectively ended yesterday with the signing of Pat Burrell. Whether Burrell is statistically a superstar or not, he's pretty damn close. Burrell brings a frat boy mentality to the clubhouse and playing field along with stories that rival Jonny Gomes folklore. Simply put, Burrell is character. Of course, I would be remiss if I didn't use this signing as an opportunity to talk about the other big free agent signings in Rays history, so that's exactly what I'm going to do.

Let's start with the good. 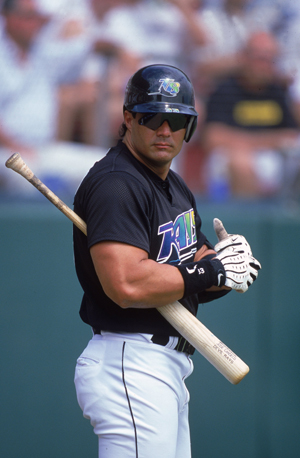 Canseco was fresh from a 46-homerun season for the Toronto Blue Jays when he reached a deal with Tampa Bay. The base deal was for one year and two million, but two club options and performance bonuses gave Canseco a chance to earn 16 million over three seasons. The Rays wanted a homerun threat from the right-side and would split Canseco between left field and designated hitting. We all know how this ended, but the 34-year-old Canseco actually had one of his better non-Athletic years in 1999. 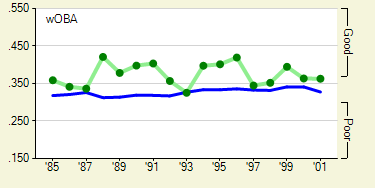 Now to the bad 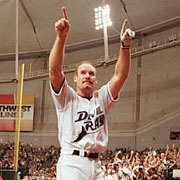 3,000 career hits is a great accomplishment, and in no ways would I ever attempt and dismiss Boggs' career, but his time in Tampa was embarrassing. Boggs had been on the decline for years upon signing with the Rays at age 40. He would effectively steal 19 million over two seasons thanks to inept management. Boggs did record hit 3,000 with the Rays, and unfortunately has his uniform number retired though, so there.

This is just silly: 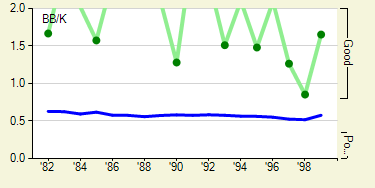 This is going to sound stupid and illogical, but my goodness this is terrifying: 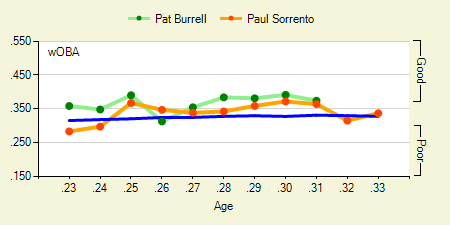 Sorrento was coming off a strong season with the Seattle Mariners when the Rays signed him in 1997. The deal was for two-years, 5.25 million with an option for a third season. Naturally, the 32-year-old Sorrento absolutely collapsed upon joining the Rays. Unbelievably, Sorrento's collapse was not BABIP related, but rather a complete loss of bat speed. Sorrento's strikeout rates jumped through the roof, almost equal to the amount his power went through the floor. 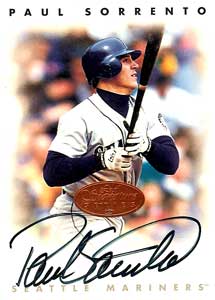 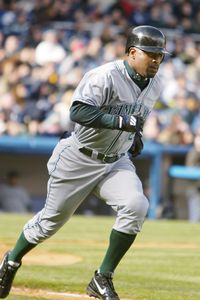 Vaughn's 2000 was not poor, but just the mindset behind this deal irritates me. Why in good heavens would you sign a 35-year-old with limited skills to a four year contract? Why? 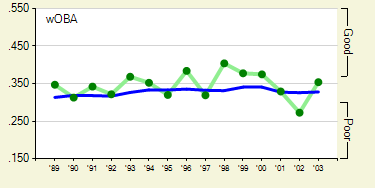 It's funny to look through this franchise's history of third basemen and designated hitters. Previous management put an emphasis on having a franchise DH before they had a franchise worth a damn. It's odd to consider that both positions are in seemingly good hands after a decade of ineptness.