I love spring training baseball. Working in downtown St. Petersburg area, I've been able to see plenty of Rays Spring Training games over the years. However, this year with the relocation to Port Charlotte, and most spring training games starting at 1 PM, I'm missing out. Without streaming audio or a radio at work, I've been reduced to MLB Gameday, which freezes for innings at a time, and checking the good ol' box score.

During spring training, checking the box scores is a pretty fun task. By the time the game is over the lineup looks like a 40 man roster and the pitching reads like a list of who's who, or more than likey, who's not. Every so often even I, a professional Rays fan, come across a name that makes me do a double take. This was the case yesterday. As I was scanning the Rays box score I was pleased to see the following:

Jason Cromer is still in the Rays organization? For those of you who don't know who he is, and are asking yourself where he came from, the real answer is actually from Des Moines, Iowa; but to Rays fans he's a 28-year-old who pitched for the Montgomery Biscuits in 2008.

Cromer has actually spent the better part of the last decade with the Rays after being drafted by the team in 1999 as an 18 year old out of Lincoln High School in Des Moines. He spent three seasons in rookie ball before moving up to A ball, where he spent the greater part of another two seasons. Finally reaching AA in 2003, Cromer would again remain at the same level for years before reaching Durham in 2006. He would pitch 12 games for the Bulls before he was let go by the Rays. He spent all of 2007 pitching in the Royals organization before coming back home to the Rays' minor leagues in 2008.

Pitching as a swingman for the Biscuits, Cromer went 5-3 with a 3.96 ERA/3.63 FIP. Not bad, but still he was a 27 year old that has 19 career innings above AA. This year the Rays invited Cromer to camp along with 32 of his closest pitching buddies. Odds are when the real Rays pitchers start throwing in games on March 7th, we'll forget Cromer ever existed, however, that hasn't happened yet .

So as I wrap up my first (and probably last) 500 word article written about him, I'd like to proprose a toast celebrating his finest career achievement to date; striking out five guys wearing a Boston Red Sox uniform in late February.

To Jason Cromer, spring box score legend, this one's for you. 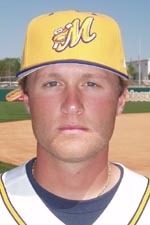