At one point Ensberg was one of the finest third basemen in the league, then suddenly fell off in 2007 and has yet to recover. His homerun/flyball rate fell off, walk rate dropped, and his strikeouts began to increase. Those three things combined kill careers.

So what we have is a guy who can hit left-handed pitching, play an average corner infield and perhaps hit at a league average clip.

Best case: he becomes a nice bench piece and the new Ty Wigginton.

Worst case: he truly is done, and gets released from Durham by June. 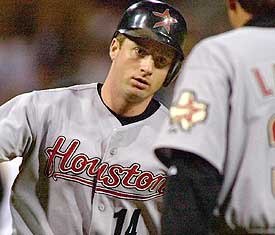