Carl Crawford Is Making History With Every Triple

Share All sharing options for: Carl Crawford Is Making History With Every Triple

Ever woken up and wondered where Carl Crawford ranks amongst the all time triples leaders? If you have then this is just for you, if not take a seat and enjoy the ride. I went back and searched from 1901-2008 for the most triples hit by a player through age 26 with a minimum of 3000 plate appearances. Here is the list:

Note that there are six Hall of Famers, one player who isn't in the Hall of Fame but has had movies and books dedicated to his greatness, two pretty good players and Carl Crawford. Mr. "Three Dog" is right at home amongst some of the games greatest hitters. The one thing that really separates CC from the rest of this list is he turned 26 after 1938 which something nobody else on this list did.

As you can see Shoeless Joe was the original "Three Dog" with a triple once every 32.5 plate appearance. Cobb is skipped by Crawford, but not our Crawford. Sam Crawford comes in behind Jackson and leaps over former teammate Cobb to take second place. The rest of the list is pretty stable with CC coming in at eighth again in front of Arky Vaughan.

As you can see a large chunk of the first list is gone, including the top seven players. This leaves the Rays' Carl Crawford on top of the list of most triples hit through age 26. This list, like the first, includes several Hall of Famers: Musial, Brett, Medwick, Dimaggio and Foxx are all in the Cooperstown. The ones who aren't are Gerry Templeton and Vada Pinson who both finished with over 2,000 hits, and of course CC and Jose Reyes who are still tearing up the bases.

As you can see triples per PA have decreased since the days of Cobb and Shoeless Joe. While the first group had over 50% of the players with at least one triple in every 42 appearances, this group has none. Stan the man leads the list with one triple every 43.2 PA's. If he were on the original list he would've ranked seventh. Smaller ballparks and improved fielding have greatly decreased the number of triples now a day, making what we are seeing from Crawford and Reyes truly amazing.

The next time you see Carl Crawford running the bases like a mad man looking like he's about to fall on his face, remind yourself that you're not just watching another triple, you're watching history being made. 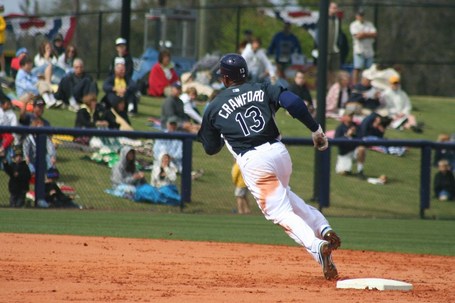 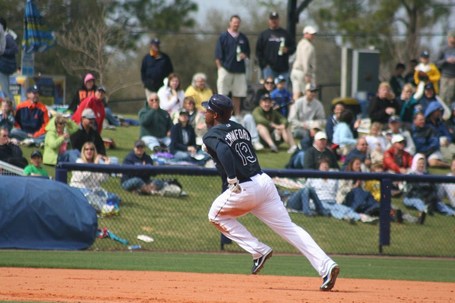 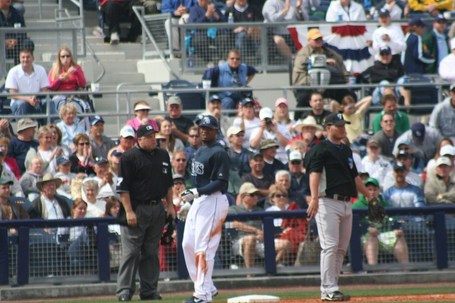