Mid March is when we tend to start taking a closer look at the spring performance of players and especially a little more into starting pitching. Today, James Shields took the mound for the second time this spring and looked in very cliché "mid season form." Shields worked four scoreless innings giving up just a single and a walk. However, due to a double play and an outfield assist he faced just the minimum 12 batters. Again, without PitchFx or radar readings we have to base the analysis on results.

Based on the results, Shields looked pretty damn good out there. He got three strikeouts within the first four batters including two of the K's coming via the swinging variety. He also induced four groundballs with one being a double play ball. He seemed to tire a bit in the fourth inning allowing a single to right field only to have Gabe Gross cut Miguel Cairo down trying to stretch it into a double. Shields then retired the side on two fly balls.

Troy Percival relieved Shields and worked a perfect inning. Yes, Troy Percival worked a PERFECT inning. I usually wouldn't be that excited, but it is Percy and he faced some major league hitters in Ryan Howard, Geoff Jenkins and Greg Dobbs. All three outs came on groundballs and the third out was a 3-1 put out. This means Percival actually had to get off the mound, run to first base to cover and do it all before the runner got there. Again, I usually don't get that excited for a spring training outing, but so far so good from the Grizzly.

The right handed trio of Wheeler, Balfour and Nelson made their second appearances of the spring. For Wheeler this appearance was much better than his debut.  After battling with some control issues, he worked a perfect 6th inning getting two swinging strikeouts and a foul pop up to first base.

After taking a liner off the arm, Grant Balfour's second appearance was pushed back from Tuesday to today. I don't know if the injury played a factor, but he just wasn't effective. Working just two-thirds of an inning, Balfour gave up a run on one hit and three walks. He struck out one and was lifted for Randy Choate before the inning ended.

Nelson entered the game in the ninth and retired two batters before giving up his second home run in as many appearances. For those ready to push the panic button, Nelson has a career HR/9 of 0.96 so a few bombs are to be expected.

On the offensive side, this man had two hits including a home run. 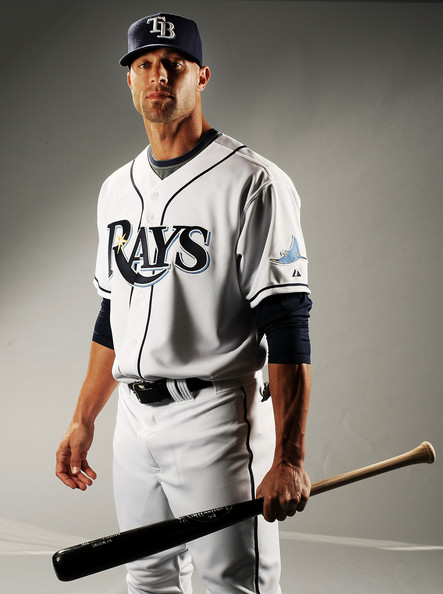