So completely by accident, I just found this nifty site called Hit Tracker, which appears to be dedicated to making spiffy homerun hit charts and tracking homerun trajectory data.  I thought it was kinda fun, so in poking around, I've come up with two interesting bits of Rays 2008 homerun trivia...

1. Gabe Gross - 466 feet, 118.9 MPH off the bat on 8/6/08.  Keep in mind, the distances used on this site aren't where the ball actually landed, but where it would have hit if it had finished its trajectory.  Still, though, that homerun was apparently reported at 465 feet long, so it's not a huge difference in this case.   Here's his HR chart from Hit Tracker...look at that baby: 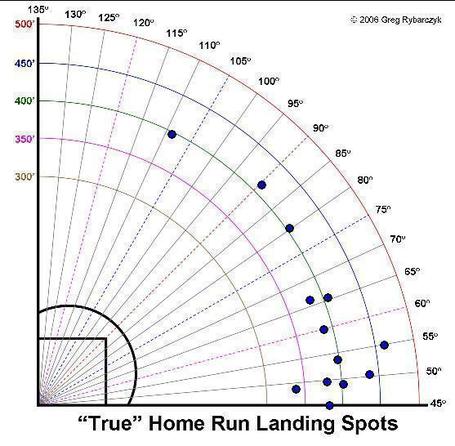 It appears that the Monster helped Aki out a bit, though.  Looking at his chart on MLB.com, Aki hit two HRs over the Monster and they were the shortest two of his four homeruns to left field.  Here's his chart: 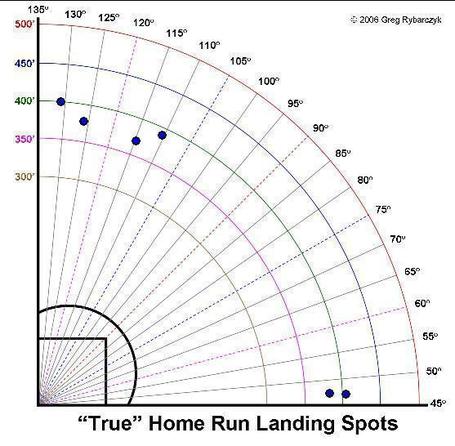 Also, I find it really fitting that the Dan Johnson homerun from the "Dan Johnson Game" was the second farthest homerun hit by the Rays against the Sox all year.  Man, It sure felt like the farthest hit one in my book.