The Rays started Matt Garza, who worked the front 4.2 innings. Garza was ok, but nothing spectacular. He gave up six hits and two walks. He struck out four batters and was charged with two runs. He did not actually give up the two runs, no that was Jeff Niemann's doing. With two outs in the fifth inning, Jeff Niemann's sparking spring came to an end. BOOM WENT THE DYNAMITE. I'll spare the gory details and just give you the line. Keep in mind the Rays were expecting three innings out of Niemann. 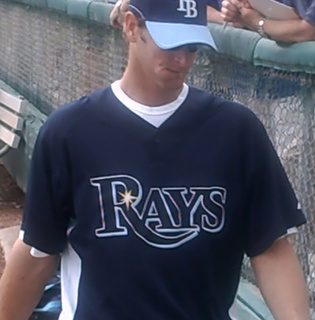 And that is how you go from a 0.81 ERA in 11 innings to a 7.71 ERA after 11.2 innings. To be fair, according to reports, the Rays defense was less than stellar, but the Jays' lineup today wasn't exactly murder's row either. I'd like to say "oh well just a bad spring start", but I feel as this may have given Jason Hammel the wiggle room he needed to win the fifth starter's job. That is unless he goes out next time and does even worse than Niemann did today. If the competition is really an open competition, then hopefully Niemann's full body of work this spring gives him a fair chance, but with a decision looming in the next week or so, this is not the lasting impression he needed to have.