Is Scott Kazmir The Real Kid K of Strikeouts?

Share All sharing options for: Is Scott Kazmir The Real Kid K of Strikeouts?

Another day, another Scott Kazmir article.

We were all down on Scott Kazmir last year. I'll be the first to admit it, I've been very critical on him this offseason, but with good reason. Even though Kazmir had a fine season going 12-8 with 3.49 ERA, his FIP was a career worse 4.37 and his K/BB ratio dropped for the first time since 2005. We hold Kazmir to such a high 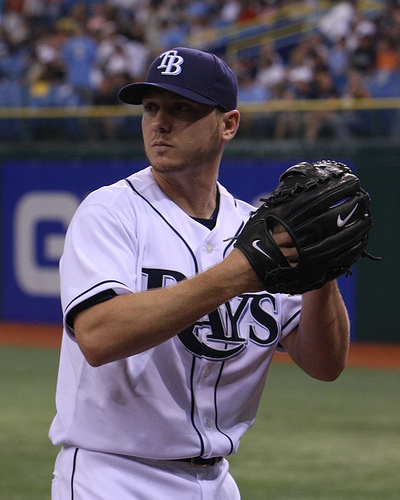 standard that average is just not good enough for him. As R.J. pointed out, we've analyzed Kazmir's 2008 in such great depth that we are all pretty much experts on what went right and what went wrong. However, yesterday, he reminded us that Scott Kazmir used to rule the world and in one way, maybe very well still.

It's a catchy nickname and on the surface it fits. Scott Kazmir is still a kid in the Major Leagues. Even though he's entering his fifth season as a full time starter and his sixth season overall, he just turned 25 this January. The K fits because is his last name is Kazmir. However, the real reason we use the nickname is the amount of strikeouts he racks up.

The question I have is this; Is Kazmir really the Kid K of K's?

There he is coming in ninth place, just cracking the top 10. A few notes about the list. There are three hall of famers on the list: Mathewson, Eckersley and Hunter; and another who should be in Blyleven. Then there's household names like Valenzuela, Blue, and a once sure fire Hall of Famer in Gooden who let drugs and personal problems get the best of him. Anyway you look at it Kazmir is in good company.

Another thing to note is the discrepancy in innings. While Bert Blyleven has 409 more strikeouts than Kazmir, he has almost twice the amount of innings. In fact, Vida Blue, who is closest to Kaz in strikeouts, is also closest in total innings pitched and even he had 324.2 more. I'll get into this a bit later, but first another list.

Narrowing down our search a little bit, I kept the parameters the same (age 20-24 with a minimum of 700 innings pitched, 90% as a starter), but only pulled the list for the past 50 years.

The list doesn't look that much different. Christy Mathewson drops off the list and Jeremy Bonderman hops on at #10. Everybody else under Blyleven moves up a spot. However, most of this list is still composed from pitchers who were in their twenties in the in the sixties and seventies.

I once again pulled the same list, but narrowed it down to the last 20 years. Here we'll find names like: Greg Maddux, CC Sabathia and again Dwight Gooden. We also see Kazmir has shot up the list

Over the past 25 years, only one pitcher has had more K's from age 20-24 than Kazmir and it was Gooden(Kazmir would top the list for left handed starters). However, we still have an innings discrepancy problem. Even though Gooden had over 100 more strike outs, he still had 350 more innings. So in order to get a true sense over who is the true "Kid K" we must go to strike outs per nine innings.

As I did with the first list, the set includes all players from 1901 to 2008. The parameters are again the same: starting pitchers, age 20-24 with a minimum of 700 innings pitched(90% as a starter). However, instead of pulling just raw strikeout numbers, which as we see are largely based on innings, I used strikeouts per nine as the metric. This should give us a better measure of who's was/is the best strikeout pitcher from the age range.

For his age bracket, Kazmir is indeed the real "Kid K." His K/9 is more than a full two strikeouts over Jeremy Bonderman, Dwight Gooden and Bert Byleven. In Kazmir's case, "Kid K" isn't just a cute nickname; It fits. 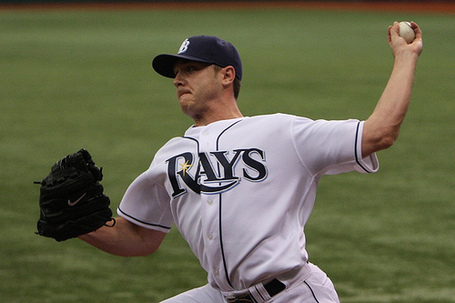