The game was played in an active major league stadium, meaning real, true to life, holy goodness Pitchfx data. I don't even care that's it only 10 pitches, it's just good to be able to use this stuff again. Here's a look at Howell's control: 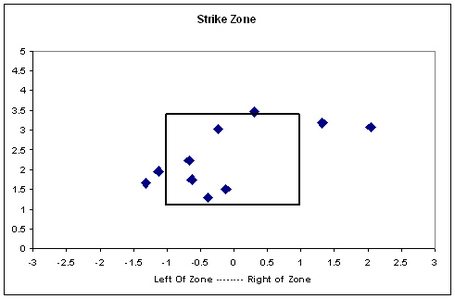 Don't be confused by the x-axis labels, remember; this is basically from the catchers perspective.  The left of the strike zone is on the same side as right-handed hitters. Howell worked on that side quite a bit despite being a lefty. Here's a look at how J.P.'s pitches broke: 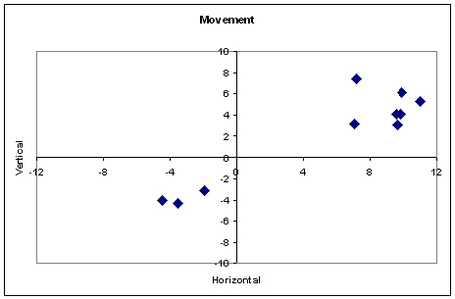 Howell threw three curveballs (I bet you can guess which) along with a handful of change-ups andfastballs. One last graph, Howell's velocity: 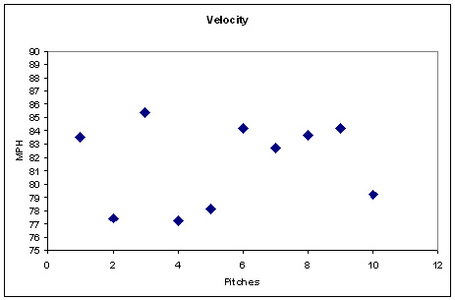 Howell mixed speeds well, sitting within a range of 77 and 86 miles per hour.

Overall, a successful day for Howell who pitched well and avoided injury.