Last night's game presented Dan Wheeler with his first true test of the 2009 season. He did not pass. In fact, he failed miserably. He failed worse than I did in my high school calculus class. He failed worse than Sonny Bono on the ski slopes. He failed worse...ok ok you get the point. For all the guff we give Wheeler he actually been surprisingly good in high leverage situations, considering his nickname is 'Cardiac Dan'. He put up a .193/.258/.403 slash line in 132 PA's last season, although he did give up six of his 10 home runs in those spots.

He came into last night's game in the 9th inning of a one run ball game, which certainly qualifies as high leverage. It all went downhill from there. Wheeler promptly gave up three line drive singles, to sluggers like Ramiro Pena and Jose Molina no less, and then proceeded to pump the strike zone with fastballs until Derek Jeter hit a 420 foot home run to deep right-center field. However, the home run wasn't the big news. Wheeler’s fastball topped out at 87MPH and was sitting at around 85MPH the whole inning, which is a significant drop off from his usual 89-91MPH. As Jonah Keri said to me "It's not hard to hit a straight 85mph fastball a long way." A big drop off in velocity is normally the sign of an injury so I wouldn't be surprised if Wheeler landed on the DL in the coming days. 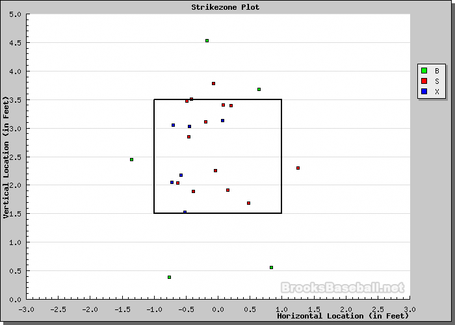 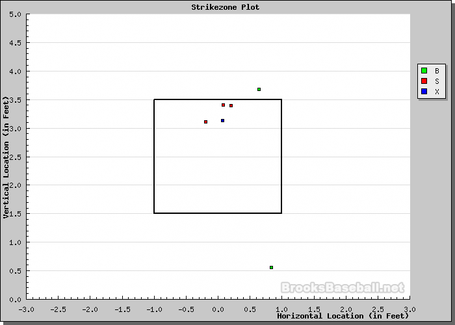