Share All sharing options for: Niemann Shines In Rays Victory

I never thought this would happen at the beginning of the season, but Jeff Niemann has been one of the Rays most consistent starting pitchers thus far.  If you throw out the first inning of his first start of the season where he allowed five runs, he's actually pitched very well for a 5th starter.

Niemann has a habit this season of lasting into the 6th inning and throwing around 95 pitches before hitting a wall, and he didn't deviate off that pattern tonight lasting 5.2IP and throwing 94 pitches.  Niemann seemed to be in total control most of the night, never getting into any serious trouble and getting some big swings and misses when he needed them the most.

With two on and one out in the third inning and the Rays ahead by only two runs Niemann faced power threat Justin Morneau.  Morneau didn't last long.  Niemann struck out Morneau on four pitches with great location on his fastball and excellent movement on his breaking pitches.  Next up was the hot hitting Jason Kubel.  Navarro dropped a strike from Niemann and both runners advanced on a double steal attempt, putting the tying runs in scoring position.  Niemann didn't shy away from Kubel, pounding the zone for two strikes then getting Kubel to chase a ball down in the dirt for strike three to end the inning.

Those two at bats were critical and impacted the game significantly in my opinion.  The Twins had begun to rally a bit and Rays starters had been giving up early leads lately, so getting those two punch-outs was as big as it gets in the third inning. 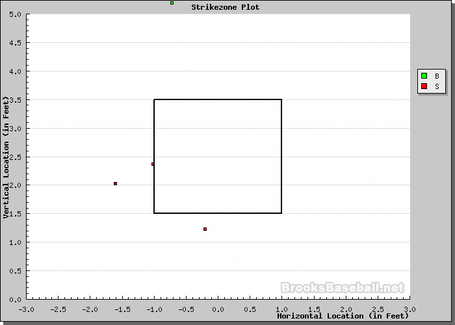 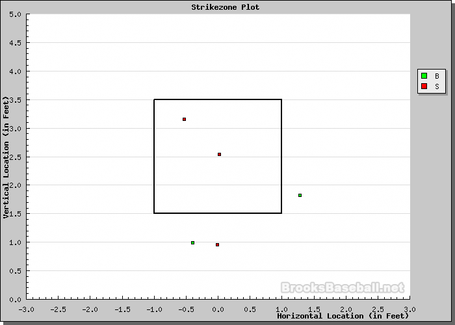 Niemann seemed to be much more succssful tonight in mixing his pitches.  As opposed to his previous start in Seattle, where according to PitchFX he didn't throw a single changeup, Niemann was able to mix in nine tonight.  Being able to locate a 90MPH fastball then following that with an 80MPH changeup is usually a good recipe for success.  As Tommy noted earlier, if Niemann can maintain this level of success he may not be the odd man out of the rotation afterall come Price time.