Share All sharing options for: Matt Garza Too Perfect in Historic Bid

Some pitchers have the ability to put together games in such dominant fashion that you have to see them to appreciate it. Matt Garza has been a member of this team for nearly 18 months and he's put together a few of them already. The Miami and Texas regular season games and ALCS game seven reign supreme, but tonight's game is right there.

You never really know what you're going to get with Garza. His stuff is ridiculous. There are some nights, like tonight, where he can ride his fastball all night long because of the velocity and break. Throw in a slider that sits around 85 and a curve that sits 10 ticks lower, and Garza has a fantastic arsenal from which to attack.

Tonight Garza had it all working, getting 10 swinging strikes on 108 pitches.

A perfect game is so rare and such a delicate accomplishment that it's hard to attribute the ability to pitch one as an ability at all. To throw a perfect game requires an equilibrium of luck, fairy dust, star alignment, and potentially Dusty Baker dust. Garza came excruciatingly close to throwing a game wetter than the Perfect Storm...and then it all ended on the weakest hit ball against him all night. There's something beautiful about that moment. Not the failure itself, but the fact that Garza done in by throwing a pitch so well that Jacoby Ellsbury could only muster faint contact. 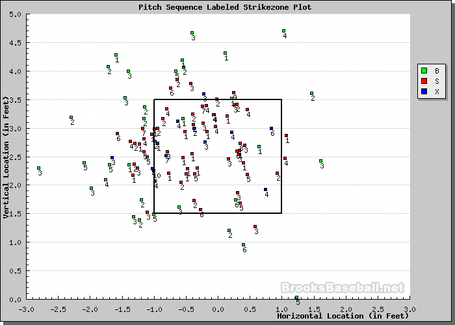 Garza pounded the strikezone all night on the first pitch, as you can see above, and really put the Sox in a whole from the get-go. He used his slider, which arrived at the plate in about 0.440 seconds, perfectly in union with his fastball, 0.407 seconds. That's not much of a time span to make up your mind about swinging, especially not when the pitches are breaking like this: 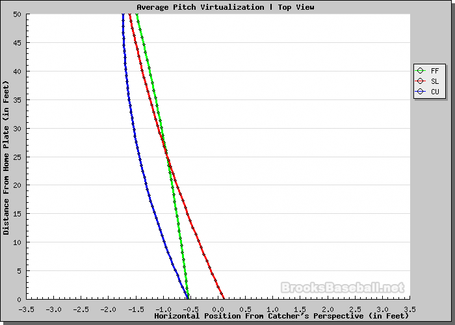 Odds are, Garza will never throw a perfect game at the major league level. The same can be said for about 99% of the population. That's not an indication of a lack of talent or skill; it's simply an insane prophecy that has came true 17 times in more than 105 years. That's not a 1% chance, or a 0.01% chance, those would be too kind of odds. To throw a perfect game is to be the ultimate outlier in history.

Garza didn't throw a perfect game tonight, but that's because he was too perfect. 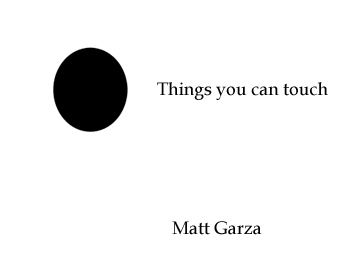