While it wasn't quite as exciting as Game 7 of the ALCS, the results were very similar. Matt Garza threw another seven inning gem of one run baseball against the Boston Red Sox. Garza didn't have the best control today, but his stuff was very effective limiting the Sox to just one run on four hits and three walks. He also struck out five batters with two of them coming via the swinging variety.

Like most of 2008, Garza worked mainly off of his four seam fastball. The heater was thrown around 66% of the time today with an average velocity of 94 MPH. However, on multiple occasions Garza reached 96 MPH, including all three of his fastballs to Dustin Pedroia his final at-bat of the game. He also threw a slider, curveball and a few change-ups. The slider and curveball usage were almost equal around 7%.

One thing that I noticed that was different in Garza's game was his groundball to flyball ratio. For his career, Garza has been pretty neutral with a slight lean towards the ground ball(42%). However today, the ration was 13:3 or around 4:1 in favor of the flyball. Garza was fixated on the left portion of the plate meaning he was pounding the right handers inside and working away to left handers. 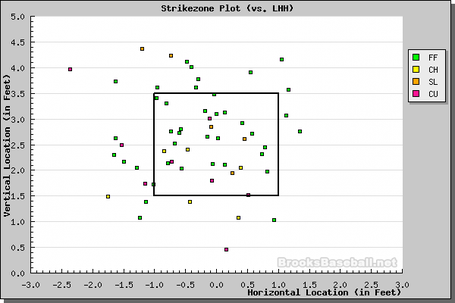 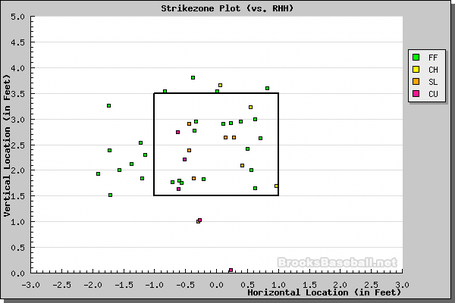 Another observation I made during the game was how similar his fastball and slider look up until the very end. They take very similar paths to the plate, but in the last 5-10 feet the slider takes quick turn before falling sharply. This must be very frustrating to opposing hitters on both sides of the plate, but very good for us. Today's start was very similar to the Scott Kazmir start we saw yesterday. While it wasn't perfect it was very effective and hopefully a sign of things to come.

Overall, you couldn't ask for a better opening series (well maybe minus the Troy Percival inning). The Rays opened on the road against their arch rivals and took two of three in the same ball park they won only two games during the 2008 regular season. Two out of three in Baltimore would make this an almost perfect road trip.

Maybe the rulers of the cosmos are Rays fans after all.