Matt Garza pitches well, going seven innings and giving up three runs.  Lefty killer  Brian Shouse comes in to start the 8th inning to face the artist formally known as David Ortiz, and allows him to slam a double off the face of the Green Monster.  I hate picking on Shouse because he's good at what he does, and really it's hard to get mad at a guy when he's been so money in those situations this year, but he failed tonight.

Next up, Dan Wheeler.  Wheeler was last seen giving up a game tying home run at Yankee Stadium.  This situation wouldn't end too differently.  Jason Bay strolled to the plate and nearly took Wheeler deep to left field, instead hitting a double off the Monster that was nearly identical to the one Ortiz hit in the previous at bat.  Red Sox take a one run lead.  Of course Wheeler comes back to get out of the inning without any further damange.  Vintage Dan.

A quick search for 'Composure' on thesaurus.com gets you  synonyms such as these:

None of those words should be used when describing Dan Wheeler.

This was by far the toughest loss this season I've had to stomach.  It's a good thing I don't live close to an SPCA because i'm in the mood to kick defenseless puppies. And I love puppies. 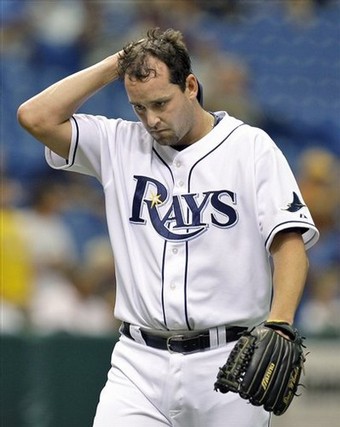