Cause For The Wild? David Price Adds Spike Curve

Share All sharing options for: Cause For The Wild? David Price Adds Spike Curve

Just a few days ago I wrote about David Price's wildness affecting his call up date. Basically, a poor K/BB rate and poor pitch efficiency have kept Price from making that leap from "unfinished" to "finished product." However, I did not know exactly what Price was throwing, how much he was throwing it and how effective he was with each pitch. Much of that is still a mystery, but I do know something new. Price is not only working on a third pitch, a change up, but a new forth pitch. In an interview with Stacy Long, Price revealed he has been working on a new pitch, a spike curveball. Now many of you may have never heard of a "spike" curveball, but you may have heard of a knuckle curve.

The philosophy behind the "spike" and the "knuckle" curves are the same. Some even call the spike curveball a knuckle curve, but as Will Carroll showed me, the grips are slightly different. 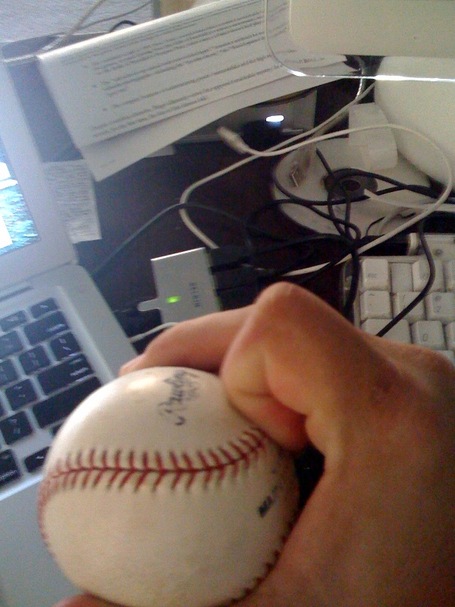 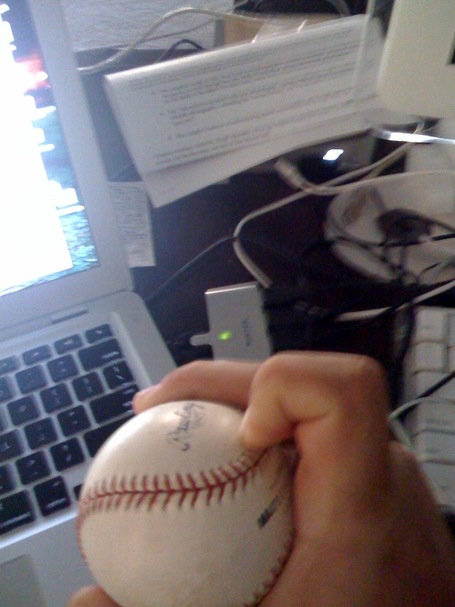 As you can see, the spike has the index finger up with the nail digging into the seams. The traditional knuckle curve grip has the index finger bent. According to Phil Hughes of the New York Yankees, he throws a spike curveball as did Mike Mussina. Obviously, this doesn't explain all of David Price's problems, but it can go a long way in explaining some of the control issues he has experienced.  Those control problems have lead to the pitch count issues since Price is using the new pitch in game situations. Here are the words of pitching guru and Durham Bulls pitching coach, Xavier Hernandez.

"We'll see if it's a feasible pitch for him," Hernandez said. "The only way to find out is to throw it in game situations."

Another way the spike curve has affected Price's game is the decline in the use of his slider. We all know about the infamous losing of the slider, and it doesn't seem like he's really found that good slider yet. He tells Long that recent sliders have been "bad" because he simply hasn't thrown it enough.

Does this answer all the questions? No, but it does make me feel better than saying "Price is bored" or god forbid, "Price has lost it." Will the spike curve be added to the arsenal for good? We don't know, but if anybody has the talent to master a pitch it will be Price. We were hoping for a three pitch starter back when the season began, but now if we exhibit a little bit more patience, we could get a full four pitch starter.  And knowing the talent that Price posesses, they could all be plus offerings.