We're going to play a guessing game.  Ready?  What do these two slash lines represent?

Give up?  Those are Brian Shouse's platoon splits for his career.  The first line is against right handers, the second is against left handers.  The Mariana Trench sized difference in those numbers should indiciate that Brian Shouse should not face a right handed batter.  Ever.  As in never ever ever.  Especially not with the bases loaded, his team down a run and one of the league's best hitters in Kevin Youkilis at the plate.  But that's exactly what happened last night.

I generally like Joe Maddon and agree with most of his moves.  I'm going to give him the benefit of the doubt and guess that he decided to bring Brian Shouse in because Shouse gets ground balls.  His career GB% is 57.1, while this season it's an insane 76.7%.  But that still doesn't excuse the move.  J.P. Howell is a LHP who gets ground balls(51.1% career, 60.0% this season) and is decent against right handed bats(.756OPS).  Howell also has the added advantage of being one of the Rays best relievers and has pitched very well in big situations over the past year or so.  Why Shouse got the call over him is something I'll never understand.

Naturally, Youkilis suprised no one by lacing a double down the left field line and breaking the game back open in Boston's favor.  If that wasn't bad enough, Shouse was left in the game to face Mike Lowell who lead off the following inning.  Mike Lowell is right handed.  Mike Lowell hit a home run.

I feel bad for Brian Shouse.  He has a specific skillset, and when used properly is very effective.  Using Brian Shouse against a right handed batter is like having a Podiatrist do your nose job.  Sure, he's a Doctor, but that doesn't mean he should be fiddling around in an area he's not specialized in. 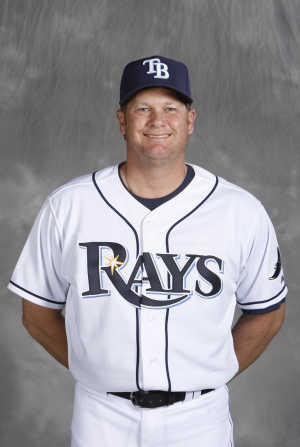