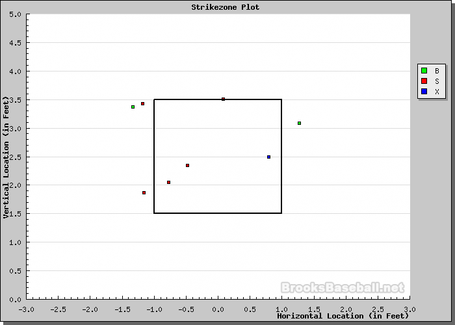 What in the world happened to our old hacking Carl? The new one took the two far outside pitches for balls, fouled a few borderline pitches off, and then turned on a pitch inside and sent it deep into the night. Right now, Carl is about everything we ever hoped he could be.

Given the scenario of facing Mariano Rivera twice, I think everyone would've hoped for a split in this series, instead the Rays somehow took both games despite blowing late leads both times. The terrifying prophecy of Andy Sonnanstine and Jeff Niemann pitching in a wind tunnel turned out to be nothing but paranoia as neither allowed a ball to leave the park.

A week ago we were talking about desperately needing to win a series, now we've beaten the Red Sox and Yankees back-to-back and in the process raised our playoff odds by about 10% while moving up to third place in the division. We've got five more games on the road; three against Boston, two against Baltimore.

Don't fool yourself, this team has a chance to end this road trip at  above.500 overall.