Unbridled lust met by brutal reality. Many questioned whether the Rays were motivated by non-performance issues when they assigned David Price to Durham way back in the spring. As it turns out, they may have known better.

- Stranding runners (unsustainably, may I add)

- Getting batters to chase him out of the zone

To date, we've experienced six Price starts this season. That's it.  Going start-by-start; we saw jittery Price do horrible against the Indians, then turn it around five days later and dominate the Twins like nobody's business. A shaky start against the Yankees was met with back-to-back solid, progressive starts against the Angels and Rockies. Then last night happened, and now all hell has broken loose. 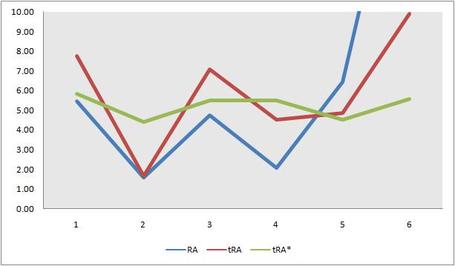 Okay, so Price isn't an ace out of the box. That's fine. He's been inconsistent, that's a given. Not many pitchers can walk nearly six per nine and be ‘consistent'. Then again, not many pitchers can strikeout 10 per game either. The homerun rate will drop and should be evened out by his strand rate dropping.

Let's focus on the bad things listed above.

Price's swinging strike rate is down to sub-8%. Somehow the strikeouts are still near 10 per nine, but he's just not getting a boat load of whiffs. Batters are fouling 20% of his pitches off which is how Price is getting ahead in the count more often than not. 7.4% whiffs for someone with his stuff isn't great, Andy Sonnanstine has 6.7% swings-and-misses and some of you think Sonnanstine is throwing a beach ball to hitters using oars instead of bats.

Right now, 19% of Price's pitches outside of the box are inducing swings. The closest comparables I could find were Tim Wakefield, Joe Blanton, and Brad Penny. Price has better stuff than those guys. He should be closer to Shields/Sabathia at 27%. Why isn't he?

I went back and looked at two-strike count situations from last night. 49 pitches contributed to them. Of those 49, one pitch was a change-up, 30 were fastballs, and the remaining 18 were sliders.  When I say contribute, I mean Price used those pitches to get to a two-strike count, not that he threw 49 pitches on two-strike counts.  From there, I decided to look at how Price dealt with righties who get to _-2:

Price is comfortable throwing sliders, but he's not burying them against righties at all. Below is the graph, I cut it off at the 3.5 mark because that's the top of a normalized zone. The bottom is at 1.5, and in between -1 and 1 is the plate. Exactly one slider is below the strike zone, and two, maybe more pitches are inside to righties.  When Price is using his slider against righties, it's inside of the zone. 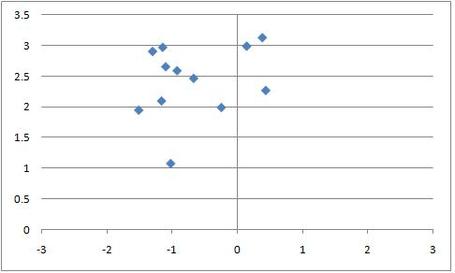 So here's my crackpot theory about this whole thing. Price is struggling to get swings outside of the zone despite having good stuff because most guys aren't chasing his fastball out of the zone. Price is doing anything but burying his sliders. Instead he's trying to run the pitch inside to righties and either have them ground out or miss completely. The two sliders put into play by righties in these at-bats resulted in outs, the rest were either taken for balls or fouled off.

After hits foul off his zone pitches and lay off on fastballs outside of the zone, Price ends up walking them. It's not so much a control issue with him, more of a command and finishing issue. Price needs to throw his change-up or alter his slider placement. Once he does either of those things, I think we're looking at a pretty good pitcher.

Metrics used are from