J.P. Howell Will Take Your Cheetos Without Asking

Share All sharing options for: J.P. Howell Will Take Your Cheetos Without Asking

Entering today, J.P. Howell had the fourth best FIP amongst relievers in the American League. Better than Papelbon, better than Rivera, better than every single closer in the league except Scott Downs. In terms of whiffs, Howell has more than Papelbon, more than Valverde, more than Aardsma, Rivera, and so on. Howell might be the second best reliever in the division on this day despite sharing the division with two of the best relievers of the past decade. Howell only had one save though, and for that, rarely gets a mention amongst the game's best relievers. Howell notched save number two today in rather effortless fashion. Seven pitches, six strikes, three outs, game over.

Anyone who wants to pencil a closer to the Rays via trade should probably take note. There's a difference in role and actual quality. Howell has the latter, and if the Rays must have a closer, he should take the former. He's one of the best relievers in the league, no matter the role. Hopefully Joe Maddon rewards Howell with a trip to St. Louis in a few weeks along with a few of his teammates. 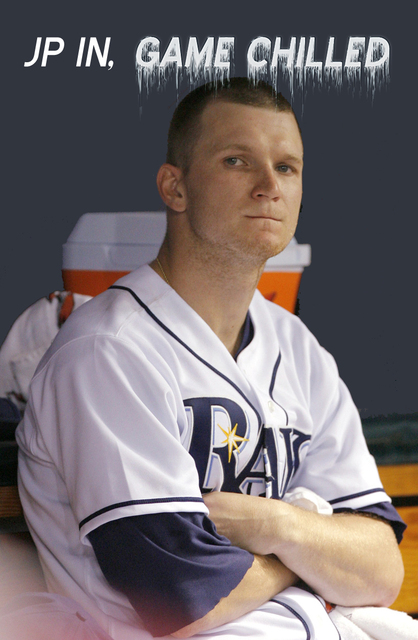