Pitchfx of David Price a plenty after the jump. 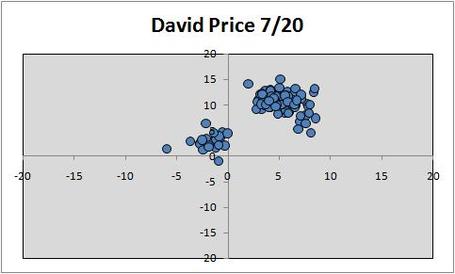 Don't know what that pitch on the far left is? Yeah, neither do I. Now for vertical movement versus velocity: 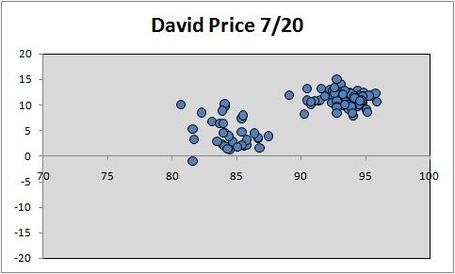 And horizontal movement versus velocity: 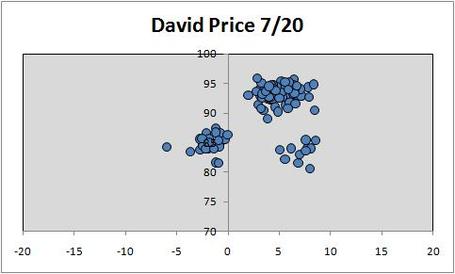 There it is again! It's almost like Price threw a sweeping slider by accident. This pitch was the same that Carlos Quentin singled one.

11% swinging strikes tonight. 6 against Josh Fields. Here's a look at the placement of those: 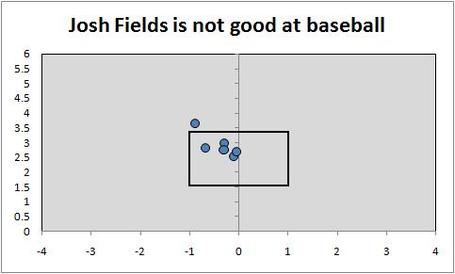 Yep. Those pitches are basically down the middle; of course they may have broken a ton or went 95 miles per hour, but that's not the point in this visual.

At least that's going our way.