Prior to last nights game, I was brainstorming for ideas for articles this week. After the second game of the Marlins series, I wrote a piece on the Marlins decision to walk  Dioner Navarro with runners on 2nd and 3rd with 2 outs in a tie game in the 8th inning. A brief tidbit at the end mentioned how predictable Navi plate appearances (in his case at-bats are synonymous) had become. There was a real pattern to taking strike 1s and swinging at everything thereafter.  That article can be viewed here: http://www.draysbay.com/2009/6/27/927699/intentional-walk-to-navi. 13 of 17 strike ones were taken while there were 26 swinging strikes of fouls after strike one to just one called strike.

As I was brainstorming, it had dawned on me that Navi had 2 walks on this road trip headed into last night, and was coming off a game with a home run and a double, his second multi-extra base hit game of the season. I figured it would be a good idea to look at his pitch f/x data from the road trip to see how his approach had been prior to strike 1, prior to strike 2, and with 2 strikes. The numbers were looking slightly better. Sadly this article turned to mush after Navi swung at 7 pitches clearly outside the zone last night after chasing just 5 in the previous 5 games. How much of this can attributed to his slugging spectacular the night before, I do not know.

Below are the charts that, alas were shattered last night:

Road Trip Prior to Last Night: 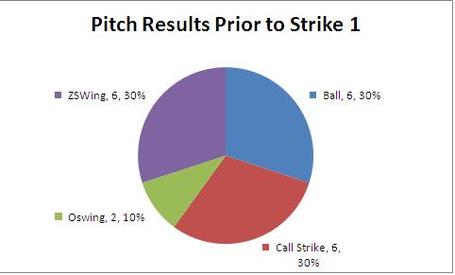 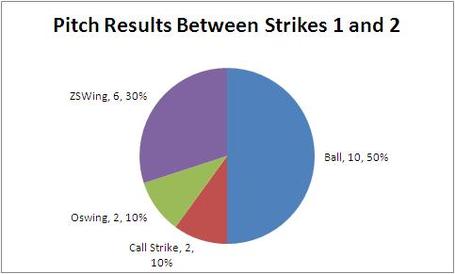 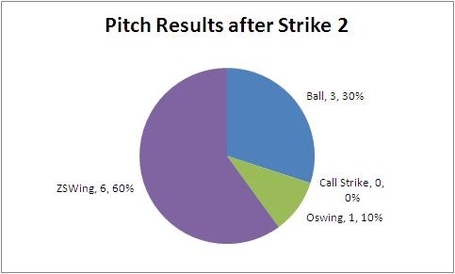 So Until last night Navi had 18 swings in the zone to only 5 outside the zone. Additionally on all pitches following strike 1, Navi took 13 balls while chasing outside the zone 3 times. That was certainly improvement over recent weeks.  A lot of zone pitches he did swing at, were excellent pitchers touching edges that he would have been better off passing on, but it was a start. Then he had two extra base-hits, and then last nights hackjob occured. Here are the final charts for the road trip: 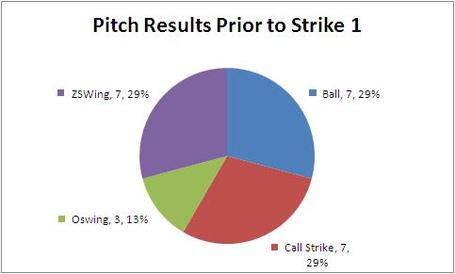 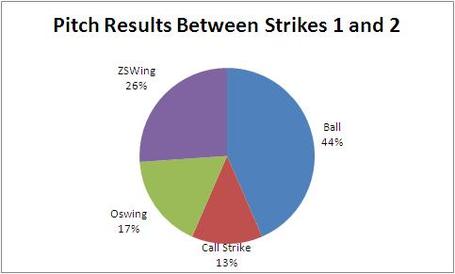 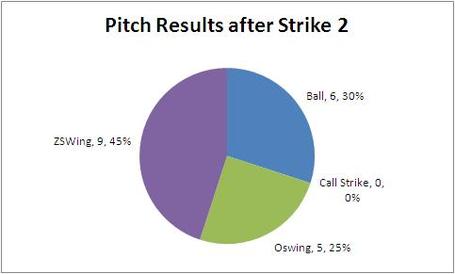 So thanks, Navi. 17 pitches, 11 swings, 7 swings out of the zone. I tried to stick up for you with another DRBsuccess story. Rethink your processes and realize that maybe it was your approach that helped with the multi-extra base hits rather than your swing.