It's Dan Wheeler's World, We're Just Living In It

Share All sharing options for: It's Dan Wheeler's World, We're Just Living In It 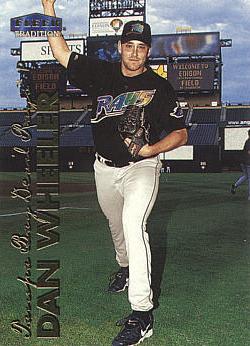 A couple of days ago I wrote about the improvement Dan Wheeler had showed over the last month or so.  Wheeler had upped his slider usage tremendously and it seemed to be paying dividends as he hadn't allowed a run in his last 13 appearances.  Today would be no different.

With J.P. Howell not available to pitch the 9th inning, it would be Dan Wheeler who would get the call from Joe Maddon.  Wheeler made quick work of the Blue Jays, retiring right handed hitting trio John McDonald, Jose Bautista, and Aaron Hill in order on just 7 pitches to pick up his first save of the season.  Coming into the game right handed batters were batting just .153 against Wheeler in 21.2IP.  He did it in what we can now call 'Dan Wheeler fashion', which is to say he threw a lot of sliders and kept the ball away from the inner part of the plate.  Of the 7 pitches he threw 5 were sliders, and each of the three outs was recorded via the slider.  It was odd watching Wheeler come into the 9th inning of a one run ball game and not get a sinking feeling in my stomach.  I liked it. 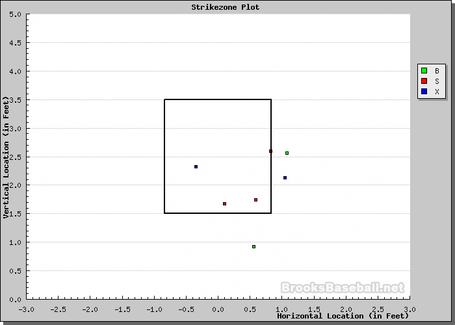