Originally, I had planned to write about Scott Kazmir's awesome 10 strike out performance here, however, it really doesn't mean anything right now. The Iceman who had giveth so much this season taketh away this one. A solo home run to Rod Barajas, three walks and a wild pitch; J.P. In, Game Over. In a game that saw three umpires behind home plate, it's unfortunate that we got stuck with the one at the end of the game who decided that pitch #6 in this sequence was not a strike. 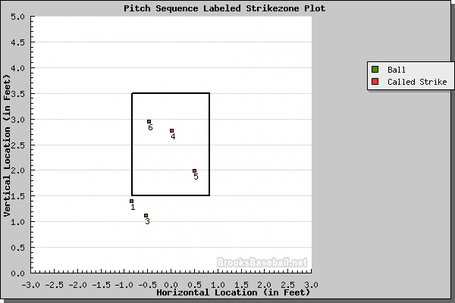 That would've ended the inning and who knows what would've happened after, but it shouldn't have come down to that. We had that game, we should've won that game and we didn't. No fancy stats needed; that one hurt.