Have You Seen David Price's Slider?

Share All sharing options for: Have You Seen David Price's Slider?

Way back before the season started I remember spending at least a week talking about David Price's lost slider. In case you're new to these parts or need a reminder, Price said he was working on his other pitches so much that he felt his slider was "lost." This caused a bit of a concern for us because Price's slider was considered to be the 1B to his fastball's 1A in terms of pitch effectiveness. Way back before the 2007 draft, Baseball America said his slider was a 70 pitch. That is the definition of a plus slider.

According to the pitch values on FanGraphs, Price's slider has been anything but a plus pitch. In fact, it has been the Major Leagues worst slider for a starting pitcher (min. 100 innings pitched). With a wSL of -7.3, Price's slider has hardly been the weapon we envisioned. Either the slider was not as effective as once thought or it is still lost, and should be posted on the back of milk cartons and LED highway signs immediately.

While I'm not Josh Kalk or Harry Pavlidis with the pitch F/X, the problem seems to stem from movement or a lack there of. Price's slider has barely moves horizontally(-0.1). The vertical movement is almost as non existment, but slighly better (1.4). Here's a look at both during Price's start against the Yankees on 9/8/09. 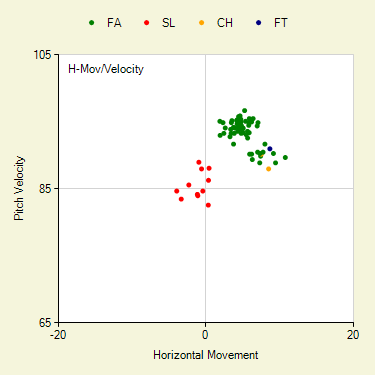 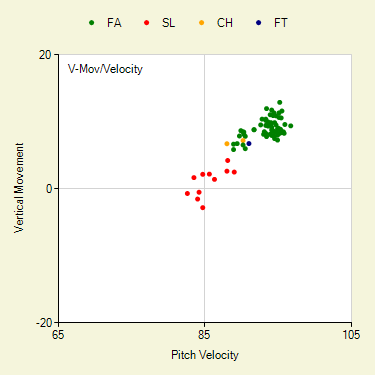 Let's compare Price's slider to that of Brett Anderson's, whose slider has earned a wSL of 21.5; you'll see the difference. Both pitchers are left handed and throw their sliders around 84 mph, but notice the movement of Anderson's. Here are the movement charts for Anderson off the same Yankee Stadium mound. 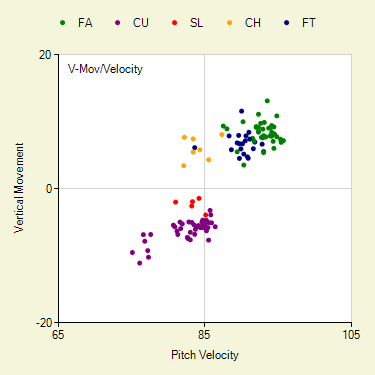 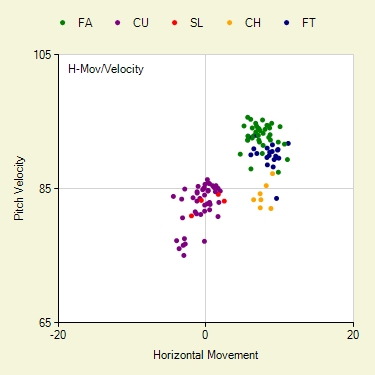 Note the chart lists the pitch as a cutter, but according to FanGraphs pitch selection data, Anderson does not throw a cutter. Cutters and sliders are often confused as the same pitch (see James Shields).

In any event, you can clearly see the cluster of red and purple move a lot more, especially vertically.

Blame it on the alcohol, the rain or Jim Hickey, but that "70" slider is not there any more. The good news is during the '09 offseason Price will not have to worry about locking in a roster spot or developing a third pitch. Price has thrown his third offering, the change-up, around 6.5 % of the time. The really good news is in its small sample size (~130 pitches) it's been a slightly above average to average pitch. With a plus fastball and an average-ish change-up, Price needs to gather a search party and find that missing piece of the puzzle. Any volunteers?