Share All sharing options for: David Price Slides His Way To 3-1 Victory

Earlier in the week we discussed David Price's below average slider and the lack of movement on the pitch. Today, we saw a much improved slider in terms of both horizontal and vertical movement. Below are the vertical x horizontal movement from today's start as well as the previous home start. The slider looks like two different pitches in comparison. 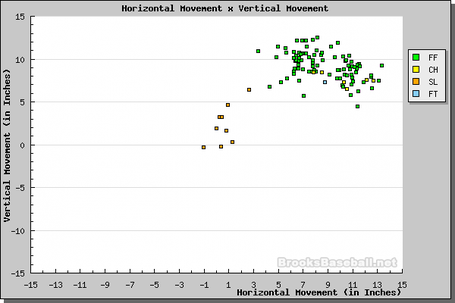 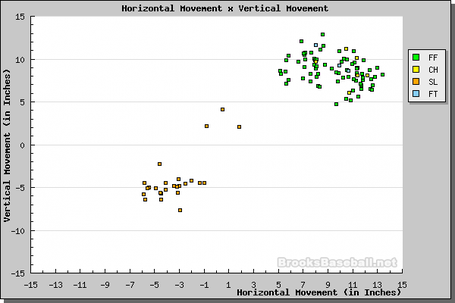 You can see there is lots of sinking movement as well as horizontal movement. Price threw 25 sliders on the afternoon (23%) and got 56% strikes on the pitch. One thing that stood out to me was the velocity on the slider. For the season Price has averaged 84 mph on the pitch. Today, the average slider was thrown at 77 mph; almost curveball-esque. Maybe he figured out something, and was purposely taking velocity off and throwing more of a slurve than a hard breaking slider. In any event, the pitch was effective and moved a lot more. It's something to keep any eye on over the next two weeks.