This is the three-year overview. The chart is pretty straight forward. If the Rays average 23 thousand fans in the last seven home games, then they will potentially lose money from last year. This does not include the playoff tickets either, which almost guaranteed a loss in revenue from last year to this year. Now we can project what a full house for each of the Yankees games means, but we'd have to include the Orioles games as well and those numbers won't be pretty:

Simple math and assuming each game holds up to its previous averages.

Compare that to 23,000*7 and you actually get less tickets sold. That's no good., but we were rounding too.

But enough with that. Graphs time.

Lots of people talk about the area's bandwagon tendencies, and it's absolutely true when you look at this: 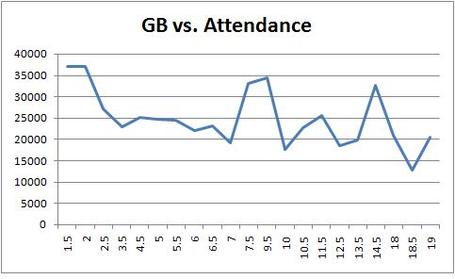 But when you add this into the mix, things look about right: 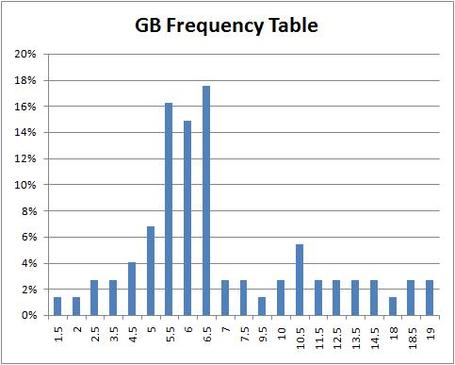 This is as good of a lesson in small sample sizes and misleading graphics as you'll ever find. If someone were to use the above data without supplying the raw data, you would think the Bay Area is the most fickle town on the land.

Here's a look at the attendance over time this year versus last: 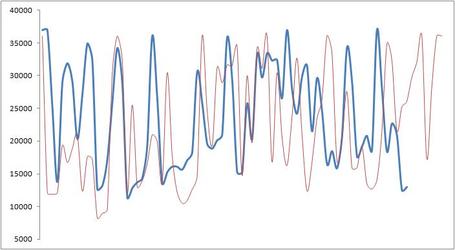 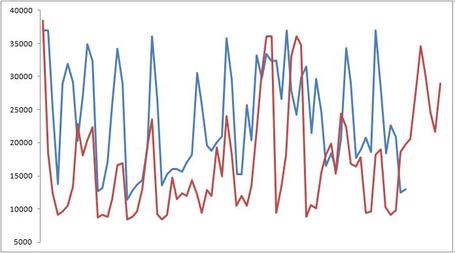