Last week during one of his infamous JoeChat's, Hall of Famer and everyones favorite baseball analyst, Joe Morgan was asked the following question...

Steve (Middletown, CT) What do you think about Ben Zobrist for AL MVP consideration?

Joe Morgan  There are a lot of guys having a good year on a lot of different teams. But to say that he's an MVP candidate, I don't think so. I think you're looking at Teixiera, Morneau, Mauer. There are guys ahead of him as far as MVP is concerned. But Zobrist is having a good season.

We know Morgan doesn't pay attention to things like WAR, wOBA, or UZR so that's to be expected. However, even without those numbers, one could argue Zobrist's case against pretty much anybody in the AL not named Joe Mauer. But that's not the point of this post.

Since Morgan doesn't consider Zobrist an MVP candidate, I wondered what he would think about this. These numbers comes from a 28 year old second basemen, who was well above average defensively. That player hit .292/.417/.435 with 16 home runs and 23 doubles. This player also showed RIDICULOUS plate disciple walking 115 times and striking out just 44 times in 680 plate appearances. Looking at the advanced metrics, he finished with an OPS of .851 and a wOBA of .405. That wOBA exactly matches the .405 of Zobrist this season. His name is Joe Morgan and in 1972 he finished fourth in the NL MVP race.

Don't get it twisted. In no way, form or fashion am I saying Zobrist is equal to or in the same conversation as Joe Morgan. One is a Hall of Famer and the other has one really good season to his credit. However, just take a look at the similarities in seasons during the age 28 season. 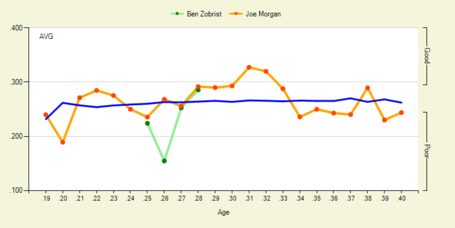 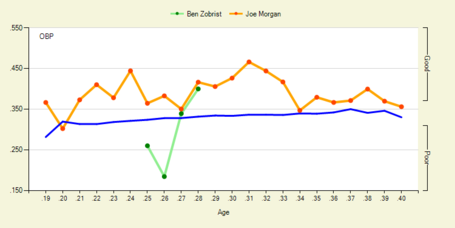 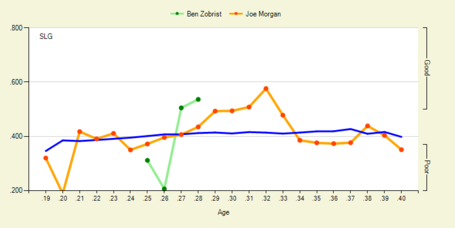 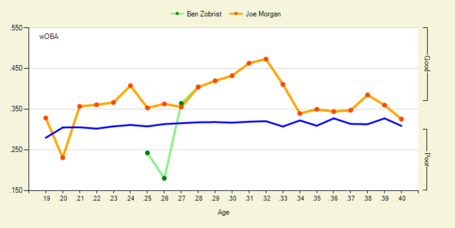 Morgan did also have 58 steals and we can't quantify his defense, but you get the point. Again, Morgan finished fourth that season in MVP voting behind teammate and winner Jonny Bench, runner up Billy Williams and third place finisher Willy Stargell. There's a chance Zobrist will never duplicate the success of this season. And he certainly will not have the career of Mr. Joe Morgan. However, he should be not only an MVP candidate, but a serious one. Unfortunately, thanks to the Rays place in the standings, Morgan will probably end up being right, and Zobrist will probably not get much love when it comes to the MVP vote. Hopefully, the Tampa chapter of the BBWAA doesn't make the same mistake.

All Zobrist numbers from before last night's game