Saturday Slowdown: The Power of Three

Share All sharing options for: Saturday Slowdown: The Power of Three

What lies ahead is three years of complex sabermetric data that has been collected, collated, and transcribed for the purpose of straining your mind-- Who am I kidding?  What lies ahead is an article of tragically little importance that--if you're lucky--might happen to mention the Tampa Bay Rays.  The good news is it's the weekend, so take off your shoes, kick back, and slow down.

This article is brought to you by the number three.  AH AH AH.

Do you prefer sailboats or boxcars?  Of course, I'm talking about which way you like your sandwiches cut:  Into triangles (sailboats) or rectangles (boxcars).  If you're like most Americans you like sailboats.  Cutting your sandwich into triangles is #494 on 1000 Awesome Things, so you know it's true.  I heard a piece on NPR a while ago about this very phenomenon.  They break it down quite nicely, but the highlights are that people prefer their sandwiches cut yacht-style for these reasons: there's always an easy place to bite, there is more exposed sandwich surface area along the hypotenuse (I'm sure there's a saber stat for this), and, most interestingly, the western world's love affair with the number three.

The power of three can be directly related to the religious: Father, Son, and Holy Ghost (email Ben Zobrist for more information).  Or maybe it's the search for scientific order in Plato's Timaeus.  (I'm not going to into it, but it's pretty interesting if you've never read it.)

Whatever the reason, we love our number three.  We like listing things in threes, we loved the show Three's Company, and we all desire the ménage à trois--Now, I don't speak Russian, but I'm pretty sure this means: "To cut one's sandwich into triangles." 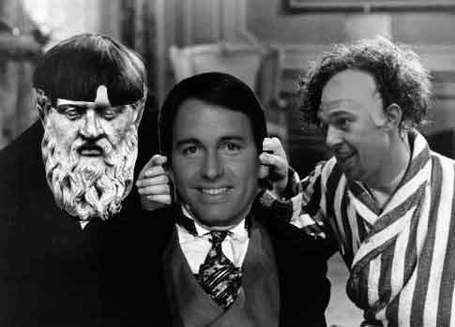 (Let's not forget the Three Stooges... too soon?)

But enough of that.  We're here to talk about baseball and baseball is all about the number three.

Let's throw out some baseball bullets: 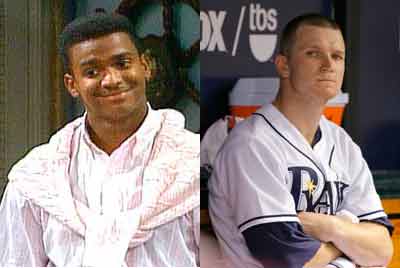 (it's not unusual to see the the connections, yes?)

In summation, the Rays are like cutting a sandwich into sailboats.  They're exciting because they find a way to put a good product on the table despite the odds.  Even if you don't have a bunch of "cheese" in the middle, the sailboat let's you get the most out of it.  Why do I love the Rays?  Just like the triangular treat, I love them because of a careful combination of science and faith.  I like their structure, from the front office down to the guys in A ball.  The Rays ownership is like a five-star cook making me my sandwich: I might not know all the ingredients, but I have faith that they will all go well together.

Can you contribute to this triviality?  What connections to the Rays and the number three do you see?  And, who wants to make me a sandwich?