What Do They Throw?

Share All sharing options for: What Do They Throw?

During the Arizona Fall League this off-season, the Tampa Bay Rays had four pitchers on the same roster for the Peoria Saguaros: Alex Cobb, Sergio Espinosa, Neil Schenk, and Jeremy Hall. That team's stadium just so happens to have Pitch F/x cameras installed, with the data freely available. This data allows us to know what type of pitches these guys throw.

The right hander wasn't ranked among the Rays top ten prospects by Baseball America's or ESPN's Keith Law (16th in BA's complete rankings), but he has the potential to become a decent major-league pitcher. Anyway, on to the charts: 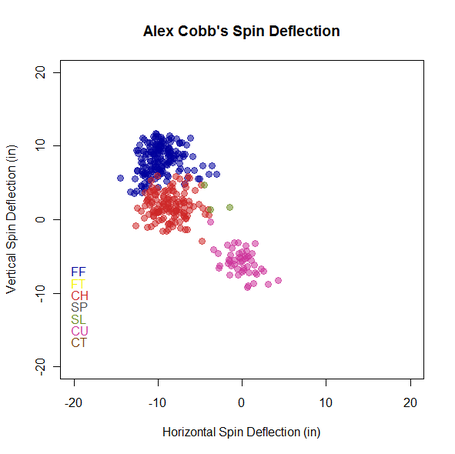 I'm not sure if the camera's are off a little at the Arizona ball parks, but his curveball doesn't have that much positive horizontal spin deflection. It may be just the way he throws it that causes it to spin like that, although I don't know if that is good or bad. The only definitive I can say is that his change-up seems to have split-finger type movement. If the change-up is in between the fastball and the origin (0,0) in the pitch f/x data, it could mean that there is less revolutions per minute as a cause of split-finger grip. That is just my theory. I labeled a few sliders there but they could be just some outlier change-ups. 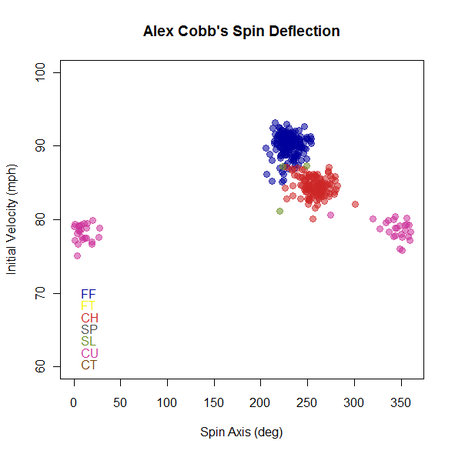 The fastball did reach 93 mph a few times, but he did have some fastballs clock around 85-87.Those are likely just slow fastballs, which pitchers throw sometime. Wade Davis is the only Ray I can think that does that on a regular basis. Otherwise, Cobb throws some average pitch f/x pitches in my opinion.

Espinosa was not ranked BA's top 30. 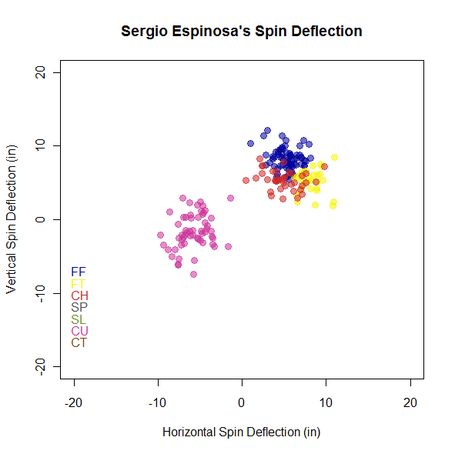 Not a pretty curve, it reminds me of how CC Sabathia's looks. The change-up has spin similar to the fastball, indicating that it is likely a straight change-up. I'm not certain that he throws both a four and two seam fastball, but there appeared to be two clusters. 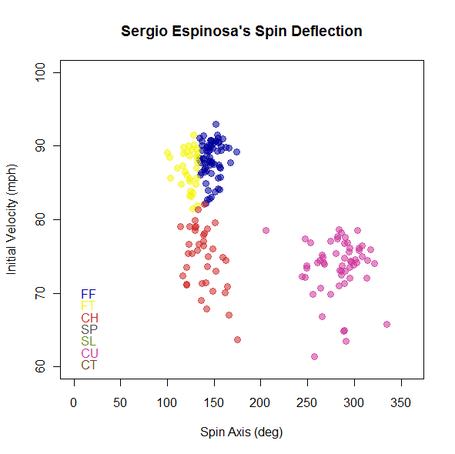 You couldn't tell just from the spin deflection graph, but Sergio Espinosa is a junk-ball pitcher. His change-up ranges from the low-60s to the low-80s. His fastball has a 10 mph range and his curveball can reach eephus speed.

Hall has had good FIP numbers, helped by a low HR/9 and BB/9. 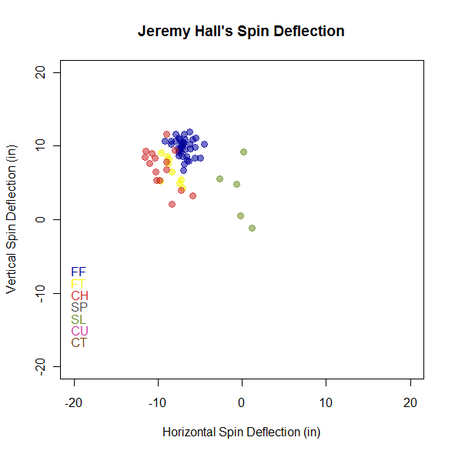 No curveball for Hall. Notice that his change-up spins similar to his two-seam fastball, unlike Alex Cobb's and Sergio Espinosa. That would be what I call a tailing change-up, likely thrown with a circle change grip. The slider seems a little sloppy although that could be a cutter. 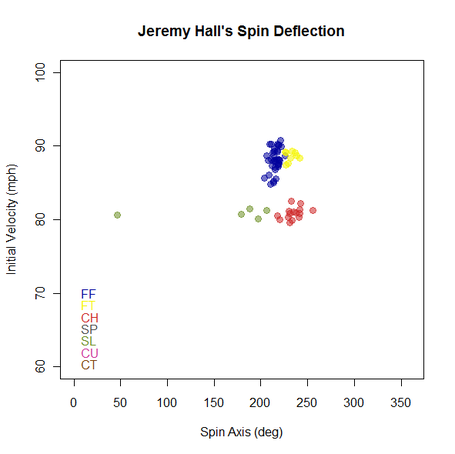 The fastball velocity is below average so that would definitely not stand out to scouts. I am sure Hall is a control pitcher relying on good location on his fastball since he threw it so often.

The second left-hander of the group, Schenk has had excellent numbers in the minors. However, he did pitch in High-A at an advanced stage. 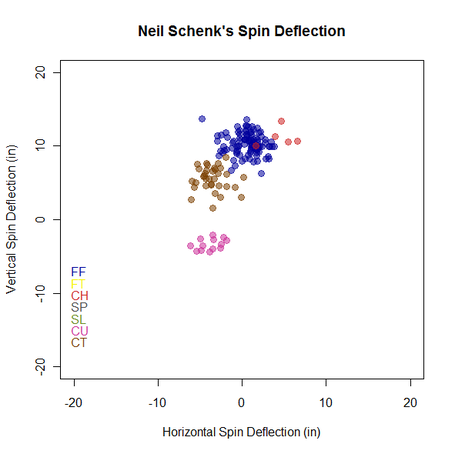 He appears to have an over the top delivery with a cutter that has good movement, just a bit off the fastball. He might be having a problem with the change-up with its marginal use and somewhat unusual spin deflection. 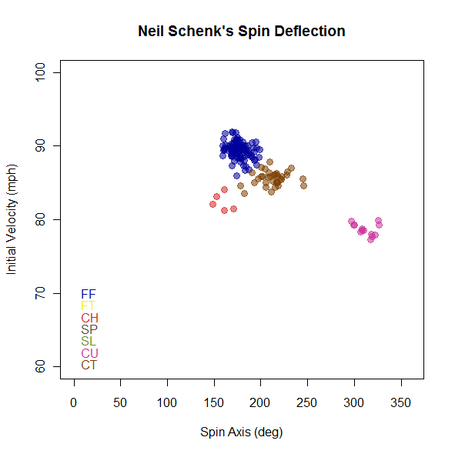 The fastball velocity is around average and the cutter doesn't clock as high. His stats look great, but must be taken with a grain of salt considering his age in the lower levels.

Other than Cobb, not an exceptional group. Still, it is interesting to see what pitchers throw without relying on a scouting report.

Data and statistics from Fan Graphs, Rays Prospects, and MLBAM.