One of the many wonderful things about Twitter is the sharing of information, namely links, you'd never come across otherwise. The most recent find, courtesy of Ben Kabak and Jonah Keri, might end up being one of my all-time favorites.  The site is called Stadiumpage.com, and it has an 'Unrealized Concepts' page filled with sketches and computer generated images of stadium ideas that never came to fruition. You wouldn't think you'd lose an hour of your life looking at these pictures, but you do.

The first unrealized concept looks similiar to the sail-like proposal put together by Sternberg's group a few years ago. We're all familiar with that one - I'm focusing the recently unearthed gems.

These come from 1980. Can someone make out the location? Is that the site the Trop currently sits on? 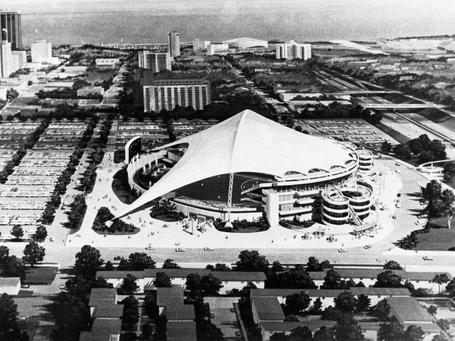 For reference, these pictures all originally were produced in the St. Pete Times.

Apparently this one was a hit at the Winter Meetings: 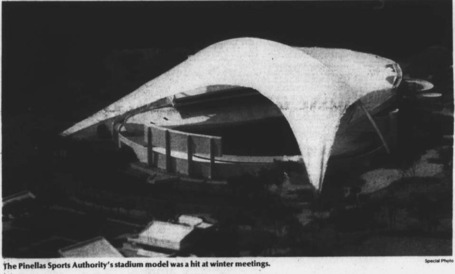 And how could you not love this: 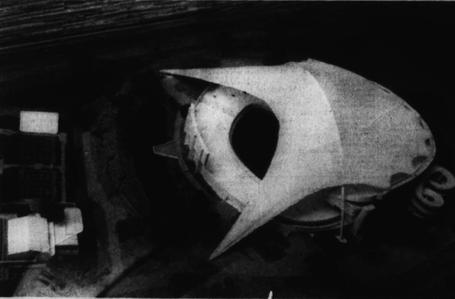 Our next concept was a proposed renovation to Tropicana Field that included a retractable roof. According to the site:

After giving up on the "Major League Downtown" project, the Rays turned to Populous on possible renovations to Tropicana Field. This plan was rejected almost immediately as it would have cost upwards of $500 Million. 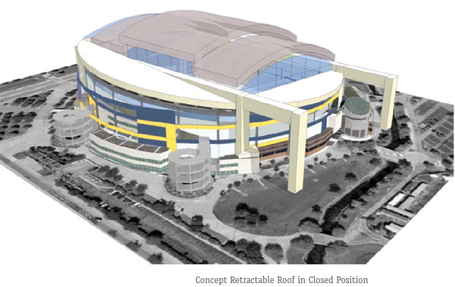 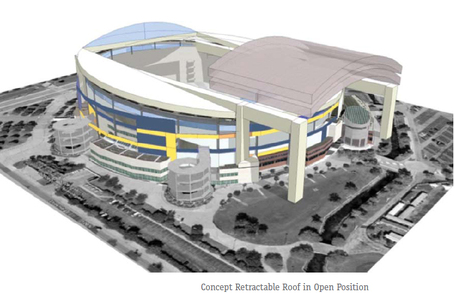 As much as I'd like a retractable roof in Tampa Bay, I can do without the two giant support legs sticking out of the Trop.

We'll no doubt see other stadium proposals in the coming years, perhaps not any as...creative...as these.