I will freely admit it: I love Andrew Friedman. Well, more to the point, I love the work he's done since arriving in Tampa Bay, turning our roster from a hopeless mess into a pennant winner in the space of a few short years. The process he uses when making moves (as described in a certain new book, if you hadn't heard about that) is one of the best in the majors, as he employs a large staff of analysts that help inform his every decision. He's made many brilliant moves since coming to the Rays, and as a result, we've found ourselves singing Friedman's praises more often than not here at DRaysBay.

BUT, all the "Andrew Friedman is a genius" talk can get boring after a while. Everyone is human, no? Everyone has to have made some mistake in their past, especially a General Manager that's made as many moves as Friedman has in so short a period of time. And sometimes, even if you use all the right processes in making your decision, the results don't work out in your favor.

So to combat all the willy-nilly love that Friedman is getting right now, I thought it'd be fun to search for Andrew Friedman's worst ever move since taking over the "Executive Vice President of Baseball Operations" role with the Rays. What's his biggest screw up?

First off, I decided to limit my searching to trades. If we were to focus on free agent moves or draft signings, the answers would be blatantly obvious: Pat Burrell and Troy Percival's contracts were both really rough, and although it's way too early to call Tim Beckham a bust, what are the odds he becomes as good a player as Buster Posey? Whether or not the process was good in these cases, they were all moves that didn't work out the way the Rays planned at the time.

But trades - now those are interesting. Friedman is a notoriously wheeler and dealer, and Keri makes it clear in his book that Friedman brought impressive deal-making skills with him from Wall Street when he took over running the Rays. For reference, here are some of the excellent trades he's made (note: the Zambrano-Kazmir trade happened under the Namoli regime. Credit where credit is due.): 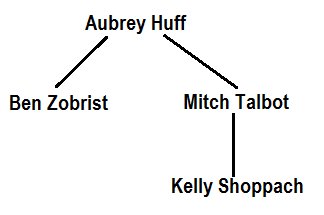 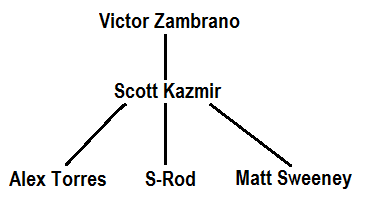 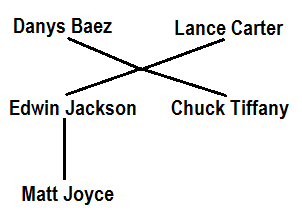 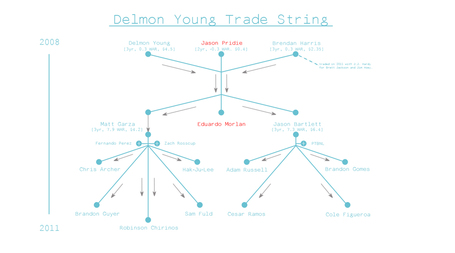 But anyway, we're trying to find Friedman's worst move, not further praise the good moves he's made. Ignoring the trades made above, let's take a look at a list of all the trades Friedman has made. I've tried making this list as comprehensive as possible, although I freely admit there are probably a few minor trades that I've missed.

Well, the majority of these trades are still pretty good. There are many of them we can immediately cross of this list, since they obviously favor the Rays: the Gathright-Howell trade, Hall-Hendrickson for Navarro, Ridgway for Aybar, Butler for Gross, Aki for Chavez for Soriano, and McClung for Balfour. The remaining trades, though, deserve a bit of attention. In descending order of suckiness:

When the Rays traded away Lugo in mid-2006, the decision was mostly salary related: Lugo was getting more expensive and since he was going to be a free agent after the season, the Rays wanted to at least receive some sort of prospect return for him. In return, the Rays got two prospects in Joel Guzman and Sergio Pedroza. Guzman was a former top prospect whose shine had fallen a bit, but he was still only 21 years old at the time and playing in Triple-A. Pedroza has flashed an impressive bat in Single-A that season, but he was older (around 22 years old) and never become anything much more than minor-league filler.

Neither Guzman or Pedroza ever contributed much to the Rays (Guzman saw a total of 39 major league plate appearances with the Rays), but Lugo didn't exactly go on to do great things. He had a .240 wOBA with the Dodgers for the remainder of the season and then went on to sign a lucrative, ill-advised contract with the Red Sox. So Friedman didn't get a great return, but hey, he didn't give up much at least.

Although Dukes is now out of baseball for a variety of reasons, he did have one productive season with the Nationals after being traded before the 2008 season. Playing on and off for most of the 2008 season, Dukes had a .382 wOBA and above-average fielding numbers, good enough to contribute 2.9 WAR in only 81 games. Since then, though, personal issues have haunted Dukes and he's now officially out of baseball.

Gibson never panned out in the low minors with the Rays, posting walk and strikeout numbers that were nearly identical, and eventually got released and ended up back with the Nationals. So again, Friedman didn't give up much, but the return didn't end up panning out.

This is a misleading trade, as nowadays it looks horrible. Branyan was always a good power hitter, but he'd never latched on anywhere in a full-time role or flashed his full potential until the 2009 season with the Mariners. When the Rays had him in 2006, he hit for power but also for a considerably low batting average (.201 BA, .286 OBP), so it wasn't as if the Rays were trading away the 2009-2010 version of Russell Branyan. Branyan bounced around between three clubs in the next season and a half, producing at every stop but never doing well enough to warrant sticking around.

That said, Dale Thayer and Evan Meek both become good minor league players for the Rays, but neither of them contributed much to the team at the majors. Thayer pitched a total of 15 innings with the Rays and is now with the Mets, while Evan Meek is now an effective reliever with with the Pirates. As it turns out, the biggest mistake from this trade may have been giving up on Meek too soon.

This is a tough trade to evaluate, as the Rays gave up talent up also got back considerable talent as well. This is probably way too high a ranking for it, but consider this: after going over to the Astros, Wiggington produced 4.1 WAR over the next season and a half. In his time with the Rays, Wheeler produced a total of 0.7 WAR while being paid around $3M per season. Yes, WAR probably undervalues relief pitchers to an extent - and Wheeler is likely very underrated by WAR, as his ERA always outstripped his defense-independent measures - but that's still a large gap in value to make up. The Rays got a useful piece in return for Wiggy, and a needed piece considering the shape of the bullpen at that point, but they did seemingly give up more than they received back.

And finally, the coup de grace: Friedman's most bone-headed moment! Okay, that's a bit of an exaggeration, as it's not as if Cantu has since gone on to become an all-star. Since being traded to the Reds in mid-2007, Cantu ended up with the Marlins and become a productive regular. While his defense was still his undoing, he did perform like a league-average player for 2008 and 2009 - hitting 29 homeruns in 2008, and posting 4 WAR between those two season - before slipping and producing as a replacement level player in 2010. He's likely past his peak at this point, but he did have a few good seasons there with the Marlins.

Neither Medlock of Shackelford ended up producing much with the Rays. Shackelford only pitched 11 underwhelming innings with the Rays' Triple-A club in 2007, and has been pitching in independent leagues ever since. Medlock had some real promise, striking out nearly 11 batters per nine in Double-A in 2009, but it doesn't seem as though he pitched anywhere in 2010. I can't figure out what happened, so if anyone has information, feel free to share in the comments.

If there's anything I've gotten out of this, it's that Friedman doesn't make many mistakes...and even the bad trades he's made have been pretty insignificant. He's been known to have a clunker every now and then, like everyone else, but he seems to be at his best when striking a deal. If I were other General Managers, I'd think twice before talking with him.