Share All sharing options for: The Extra 2% Movie: Casting Call 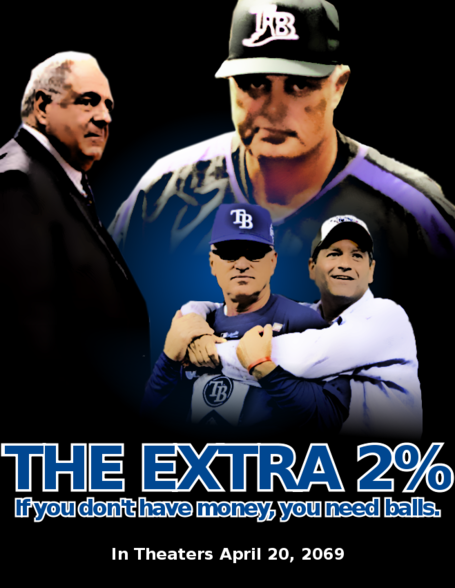 Today, Jonah Keri's book about the Tampa Bay Rays, entitled The Extra 2%, becomes availablefor purchase and barter today. As such, it is only a matter of time now that Keri's book is made into a movie, as Hollywood has decided to make absolutely every book into a movie.

So, when they do decide to make the Extra 2% move, they will undoubtedly look to us -- the fervent online Rays community -- to suggest the actors to fill the majors roles.

So let's discuss these important roles:

Keep in mind that every Hollywood movie must have a love story, so one of these characters will inevitably need to be played by a woman who will fall in love with someone.

Here's how to win some Joints: Suggest some current celebrities to fill these roles (1 suggestion per comment, otherwise we won't know which suggestion is being rec'd), and the suggestions with the most rec's win 3 Joints (per suggestion).

NOTE: Only those five aforementioned characters are admissible for Joints.