This month, most of the talk has surrounded scenarios about whether a team can make the playoffs after starting off 0-6, if they can make the playoffs despite stealing more bases than hitting home runs, or if a team can even finish .500 after starting off the season 0-6 as the Rays did this season. They have already gotten back to .500 this month becoming only the second team in modern history to get back to .500 in April after losing six straight and a win today will put them back in .500 before a day off on a trip over to Minnesota. The only other team to do that was the 1991 Seattle Mariners and that team finished 83-79 but did not make it into the post-season.

Earlier this week, we showed how teams can indeed make the playoffs if they rely more on steals than they do home runs and last year's Rays are the most recent proof of that. We know that the 1974 Pirates and the 1995 Reds both started 0-6 and yet made the post-season, so they only question we do not have an answer to is how a bad month of April affect an American League playoff team.

In 2009, the Rays were slow out of the gate and went 9-14 in a bumbling April and ended up finishing 84-78 despite losing Carlos Pena toward the end of the season and trading away Scott Kazmir. Given the limited exposure this fan base, it is easy to associate bad Aprils with missing out on the playoffs and the fact the Rays were 14-12 in 2008 and 17-6 last season only make it worse. If the Rays can't get back over .500 before the month ends, are their hopes for the post-season over? 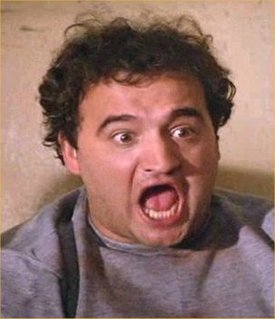 What the hell happened to the Rays Republic I used to know? Where's the spirit? Where's the guts, huh? Seven of the past 36 American League playoff teams have made the post-season which accounts for 19% of the teams sampled, In fact, in five of the past six seasons, one of the four playoff teams in this league has ended April with a record below .500. This could be the greatest season of your lives, but you're gonna let it be the worst. "Ooh, we're afraid to cheer for the Rays, Jason, because they might not go to the playoffs this year." Well, just kiss my ass from now on! Not me! I'm not gonna take this.

Yankees, they're a dead team!

We gotta take these bastards. We can't do it with conventional weapons such as big sluggers or premiere speedsters because that costs millions of dollars. No, I think we have to go all-out and start replacement level players at first base, hit journeymen clean-up, rebuild the entire bullpen with new names, let our best hitter take the month off, and make some five-foot nothing, one-hundred and nothing guy the guy that kick-starts this offense each night. This is just the kind of guys to do it. So...... 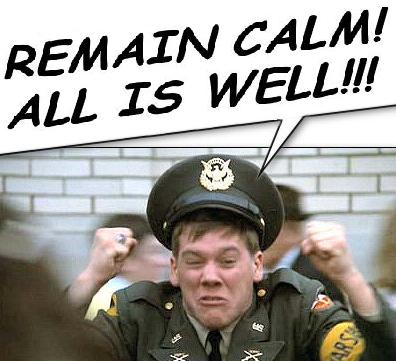 All the rah-rah crap aside, I've grown tiresome of people trying to write this team off because of the awful start and struggling offense. Despite losing the middle of the lineup, the team is one win away from being back to .500 as they head to Minnesota to face a struggling Twins team and then comes how to again (wtf?) host the Angels when they face Ervin Santana, Matt Palmer, and then Jered Weaver at the end. Bad starts are bad, but they are by no means the end of the season. This division is showing more flaws than ever right now and nobody looks unbeatable while the AL Central is just as messy. The AL West is playing the best baseball right now with the Angels and Rangers playing good baseball despite injuries and extremely slow starts from players like Vernon Wells and Colby Lewis. If there was a year when an unconventional team could make the post-season, 2011 is shaping up to be that year.