Coming into Friday night's game, there were some questions about David Price:

Facing the team with the best record in baseball, could Price rebound after two subpar performances?

Tonight, the answer was undoubtedly, yes.

As the headline suggests, Price struck out a career-high twelve hitters and shut out the Indians over seven innings, allowing just four hits and two walks.  He was dominant from pitch one, and put up strike out after strike out despite a fluctuating zone from home plate umpire Larry Vanover.  I'm not saying that Price didn't get a few calls out of the zone, but all those green squares in the strike zone point to the Velociraptor Jesus getting squeezed a little bit.

After a dip in velocity last start, could Price get back a few ticks on the radar gun?

With a fastball hovering around 93MPH in his last start against the Marlins, it was nice to see Price averaging almost 95 MPH Friday night.  Working with about the same amount of movement on his fastballs as his last game, the increase in velocity seemed to be integral in producing swinging strikes against the Tribe.  Price induced 15 swinging strikes in 81 fastballs (18.5%) compared to last start where he had just two in 78 heaters (2.6%).  Of course, every park's radar gun will be a bit different, but there was clearly some more "oomph" on Price's fastball tonight.

Is David Price a Vampire?

Find out after the jump...

Before the game, there was much controversy amidst the voices in my head that David Price was a blood-sucking member of the undead a la Bill Compton.  This notion was put to rest this evening as Grady Sizemore, in an attempt to give the Indians a fighting chance, sent a broken-bat ground out to second.  The ball was easily played by Ben Zobrist, but the bat barrel was sent hurling towards Price on the mound.  Price got out of the way... mostly.  The bat grazed his head and altered its flight path, but Price came up unharmed.  Surviving a wooden stake to the head is proof of one of two things: Either David Price is not a vampire, or he is the most powerful vampire on the planet and will soon rule us all.

I'm going to choose the human explanation, because if Price really is that powerful of an undead , then the (new new) Rapture really is coming. 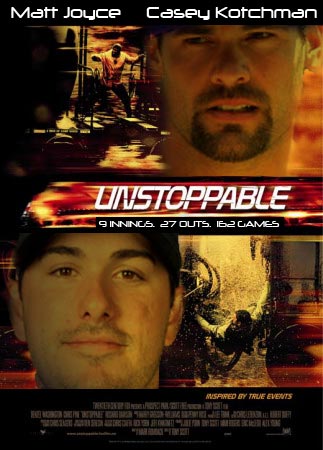