As if his graphic previewing the Draft wasn't enough, Josh Frank is back for round two. Now that the draft is finished, Josh takes a look at where the Rays' most recent picks came from: 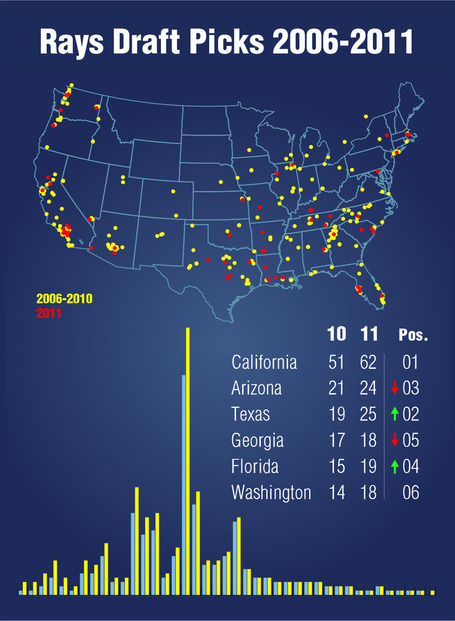 As you can see, the Rays followed their previous drafting patterns pretty darn closely. Texas bumped ahead of Arizona for number two on the list, and the Rays also took a good number of players from Florida. But nothing can top California -- the Rays love taking players from there (as do other teams), and they selected 11 players from there this year.

Also, it looks like the Rays chose a player from Maryland for the first time, and chose five players from the Northeast. That seems like more than normal, considering their past history with that region.