2011 Trade Deadline: So Much For That

Share All sharing options for: 2011 Trade Deadline: So Much For That 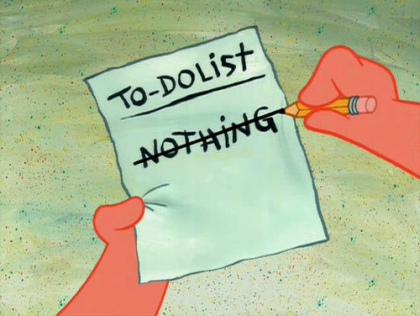 Like yesterday, we'll update this thread throughout the day as news breaks. Hopefully there will be more going on today than yesterday...

10:40pm: Whoops, so much for updating this in a timely fashion. But as you can tell, the Rays made no deadline deals today. None. Zippo. Zilch. I'll have some more analysis on this bright and early Monday morning.

2:40pm: And now the Rangers acquire Mike Adams for pitching prospects Joe Wieland and Robbie Erlin? Dammit, what are you doing Friedman?

1:42pm: Just thinking out loud here. Relief pitchers have gone for a pretty ridiculous price at this deadline. Koji Uehara got traded for Chris Davis and Tommy Hunter, and the Diamondbacks just acquired Brad Ziegler for first baseman Brandon Allen.

I know Farnsworth and Peraltra aren't as good as either of these two relievers...but seriously, what's going on Rays? Brandon Allen would have filled an organizational need and is certainly worth taking a flyer on, especially if he was available for only a reliever and maybe a B/C prospect. I don't understand.

1:35pm: So it appears there might be some hope after all. The Nats-Twins deal appears to have broken down, which I find ridiculous considering the Twins are asking for so little in return as it is. But if that's the case, then the Nationals are likely going to be inquiring about B.J. Upton as well, since they seem determined to add an outfielder before the deadline. We'll have to see...

1:00pm: The predominant word on the street seems to be that the Rays are going to remain quiet through the deadline, meaning Upton is unlikely to go anywhere else at this point. The one tidbit floating out there is this rumor about the Indians from Jon Morosi:

#Rays have a scout following #Indians' AA affiliate, source says. CLE is playing rookie CF and has interest in BJ.

In all honesty, I wouldn't put much stock in this rumor. Morosi has a spotty track record with his scoops, and he reported a number of erroneous rumors when Matt Garza was being shopped this past offseason. We're three hours away from the deadline now, so keep those fingers crossed, but I wouldn't get my hopes up based on this.

11:03am: So according to Tim Kurkjian, the Nats/Span deal is only 50/50, and the Nationals are still interested in B.J. Upton.

If the Rays trade Upton for Storen, I'll flip. But at the same time, if the Nationals decide to give up a prospect package for Upton instead of trading Storen for Span...well, that'd be pretty hilarious.

10:30am: I wrote up something on the Bourne deal over at SBN Tampa Bay. Here's the general gist:

This is a really good trade for the Braves. [...] Somehow, the Braves managed to craft a deal that didn't involve giving up one of their top four pitching prospects - Teheran, Delgado, Minor, and Vizcaino are all rated in Baseball America's Top 100 list - making this a pretty awesome deal for them.

Michael Bourn is a tragically underrated outfielder. While he doesn't hit with homerun power like his Houston-trade-buddy Hunter Pence, he still provides a considerable amount of offensive punch. He's a sure bet to hit around .270-.280, display good plate discipline, and steal a ton of bases. He's also an above average defensive center fielder, which can be tough to find and acquire. He's a better overall player right now than B.J. Upton is, but the Braves were able to acquire him for much less than the Rays were asking for Upton.

If the Rays were offered this same deal for Upton, I'd pass. Same for the supposed deal Storen-Span trade between the Nationals and the Twins. I'd rather hold onto Upton than sell that low on him.

It looks like we might have to get used to the idea of the Rays not being very active today. I really don't see what other suitors there are for Upton out there.

9:00am: As far as the Rays are concerned, not much has changed on the trade front since yesterday. The Nats and Braves are both still without an outfielder, although it sounds like the Nats are very close to landing Denard Span (I still can't believe the Twins are going to trade him for a reliever).

If that's the case, that really bring the Rays' list of suitors for B.J. Upton down to just the Braves. The Braves have expressed interest in a variety of outfielders -- they have been hot on Michael Bourne recently -- and my guess is they shop around a bunch before going with the player that seems like the best deal (/obvious statement). They seem hesitant to include multiple of their top pitching prospects in a deal, but hey, I'd personally be happy getting any one of the Big Four in a deal for Upton.

And then there was this little nugget that Marc Topkin left us with yesterday:

Latest from #Rays: Nothing is close, any action likely would be near or at deadline

Despite the relative quietness of the rumors, there is reason to believe the Rays will be active today. The Rays love to wait for the deadline to make moves, since the market tends to get at its most expensive and desperate then, so I'm still relatively hopeful that they'll make a trade today. The trade deadline is 4pm today, so it could be an exciting day.