A Fan of Alex Cobb's Approach

Share All sharing options for: A Fan of Alex Cobb's Approach

There has been much speculation that the Rays would be dealing an arm for a bat but that has yet to happen. The front four of James Shields, David Price, Jeremy Hellickson, and Matt Moore is pretty much set in stone. That means the fight for that fifth starter's job comes down to Wade Davis, Jeff Niemann, Alex Cobb, and Alex Torres.

If the Rays go into the regular season having not dealt a starting arm then I feel same stating the front office will likely be sending Alex Torres and Alex Cobb to Triple-A and moving one of Wade Davis or Jeff Niemann to the bullpen.

While just about every team in the Majors would love to have Niemann or Davis as its fifth starter, the pitcher that I believe has the best approach, and also had the best groundball rate of any Rays pitcher with more than eight innings pitched, is Alex Cobb and he is likely going to start the year in Triple-A Durham.

Cobb may not have the best pure stuff of the four pitchers fighting for the fifth starter's job but he has a four pitch repertoire that includes a 4-seam fastball, 2-seam fastball, change-up, and curveball. His fastballs averaged just over 91 mph and his change-up was his main swing and miss pitch, getting whiffs nearly 17% of the time he threw it. But it's how he uses those pitches that really caught my eye. Take a look: 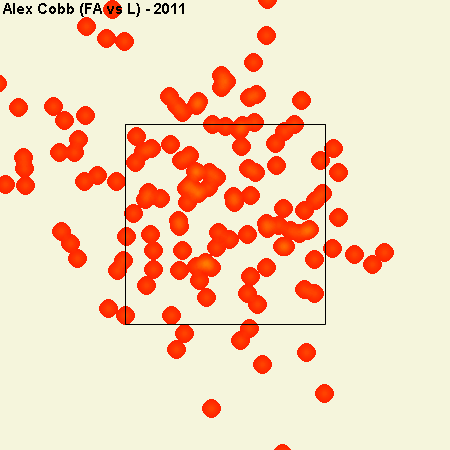 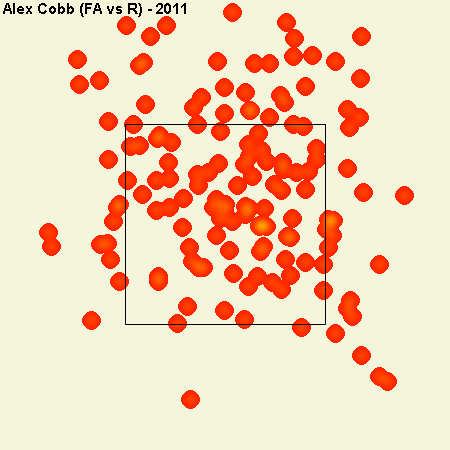 He seems to favor it up rather down in the zone. I found this odd until I dug a little deeper. He throws it more than any of his other pitches to start a hitter off, nearly 37% of the time, and also uses it just over 41% of the time on 0-2 pitches. He changes the eye level of the hitter with this pitch. He also uses it in traditional fastball counts like 1-0 and 2-0 to try and get a strike. Nothing wrong with that, but it seems its main use is to change the eye level of the hitter.

Now take a look at his change-up, which he uses the second most often at 29.7%: 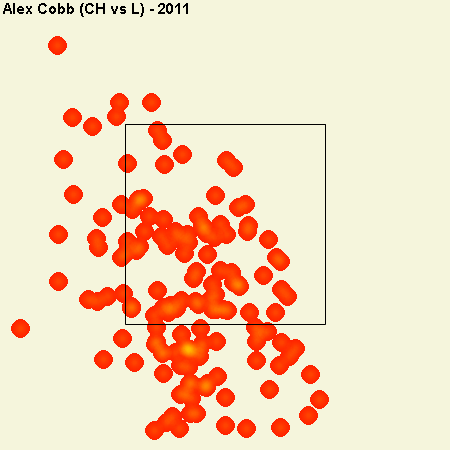 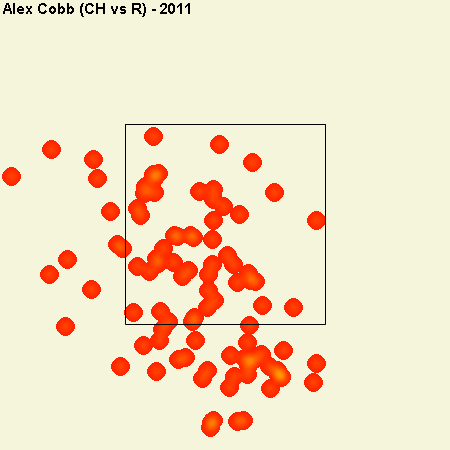 The pitch he uses second most to start a hitter off with is his curveball. Here are the heat maps: 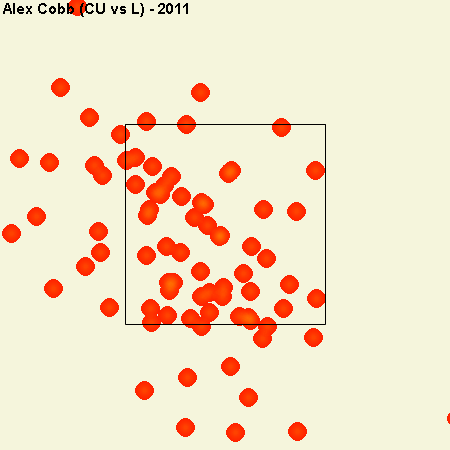 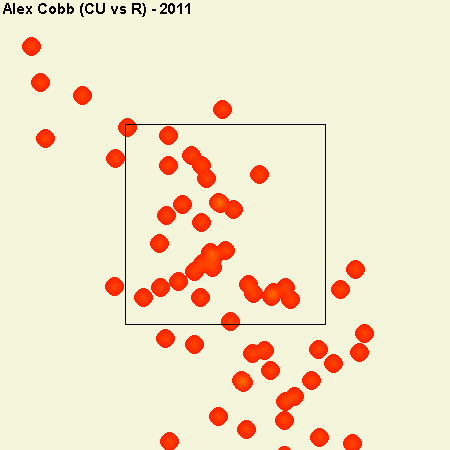 And, lastly, his two-seam fastball: 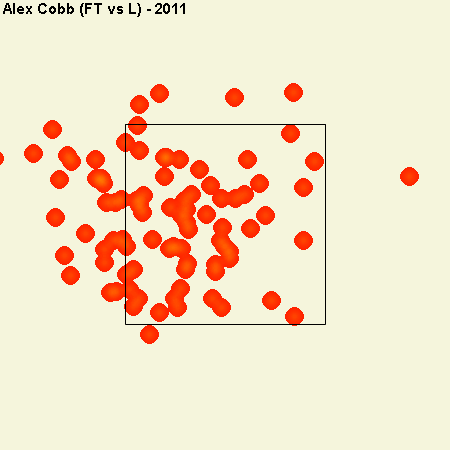 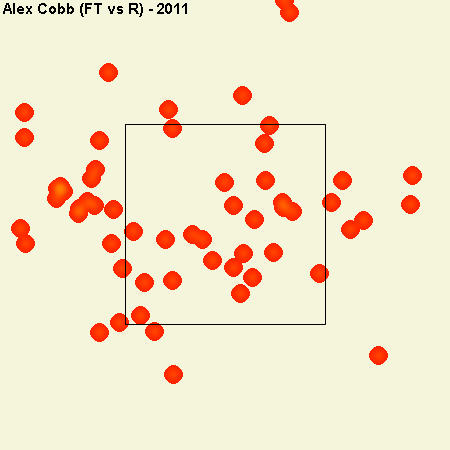 I don't know why but I always envisioned Cobb as a low-and-away guy with all of pitches that never thought of going up in the zone until I saw him pitch last year. It intrigued me how he could get away with his fastball up in the zone and, in all honesty, I thought he was just losing command of the pitch. That does not appear to be so, though.

Alex Cobb seems to have an idea of what he wants to do when a batter reaches the plate and seems to have a purpose for every pitch he throws. He also has age and six years of team control attached to him that make him very unlikely to be the one traded. And given his success last season, although in a small sample, I see a good chance that a trade occurs not only to add a bat but to free up a rotation spot so that he can be the team's fifth starter sooner rather than later.

Heat maps from Fangraphs and pitch selection and pitch count from Pitchf/x by Texas Leaguers.