Share All sharing options for: Carlos Pena and Luke Scott vs LH Starters 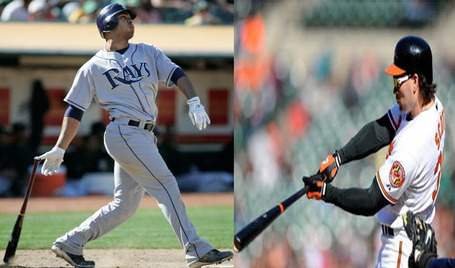 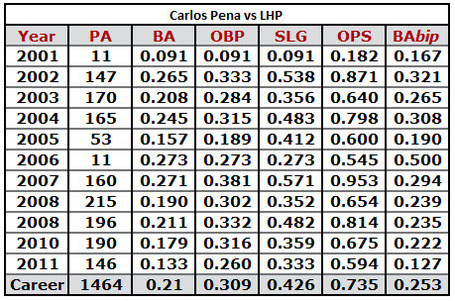 During the 2012 season Joe Maddon will have to decide which starting pitchers to rest Pena or Scott against. The 2012 Rays interleague schedule includes the Miami Marlins, Washington Nationals, Philadelphia Phillies, Atlanta Braves, and New York Mets. Using the projected rotations provided by mlbdepthcharts.com for the 13 American League teams and the additional five interleague opponents a total of 27 probable left-handed starting pitchers was compiled. 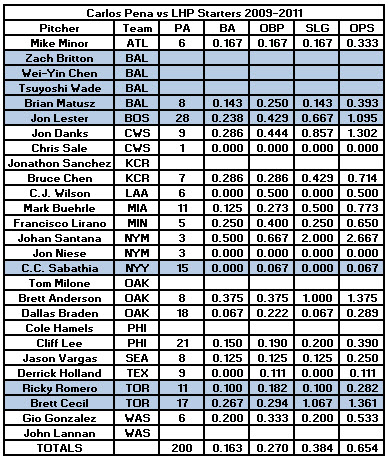 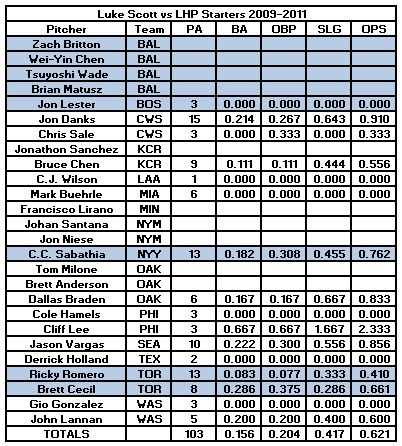 Pena has had his greatest success against Jon Lester of the Red Sox and Brett Cecil of the Blue Jays. He has hit 3 home runs against Lester in 28 PA and his only 4 hits against him are home runs. C.C. Sabathia has not only held Pena without a hit in 15 PA (1 BB) but he has struck him out 11 times. He has also struggled against Ricky Romero who has struck him out 5 times in 11 PAs.

Luke Scott has had his greatest success against John Danks and Jason Vargas but has struggled against Ricky Romero and has struck out in all 3 PA against Cole Hamels.