Stephen Vogt's 2012 showed us the man he is, and the vision he has for the future of the Tampa Bay Rays.

With the injuries piling up this season, the Rays offensive economy had ground to a halt. With the loss of Evan Longoria, and the litany of nagging injuries to American Patriot Luke Scott, the Rays were forced to try out some new faces. Trotting out guys like Brooks Conrad, Drew Sutton, Brandon Allen, and Ben Francisco doesn't help an offense score runs, but they were the necessary evils that enabled the silver-lining of the 2012 season: Stephen Vogt.

Now, most of these 2012 Season Review pieces are a look back. But just because an article is titled '2012 Season Review' doesn't mean it has to be about that. No, because, dear friends, history doesn't matter. It's about the future--The dawn bursting forth from the horizon. It's about America.

This offseason, B.J. Upton will become a free agent. He may sign with the Phillies or Dodgers, but it's always possible the Rays could resign him. In the four seasons since Upton's monster 2008 playoff run, the Rays have not made a single World Series. Not once! With the Blue Seats filling the stadium and Upton's lofty price tag, can the Rays really afford another four years of B.J. Upton?

There's another choice, friends, and that choice is Stephen Vogt. Why is Vogt the right man for the job? Here's three reasons:

We all know what the elephant in the room is: Vogt's 0-for-25 hitless streak to begin his career. Well, where others see failure, I see potential. I mean, he's due, right?

We've all heard of something called the Gambler's fallacy. Well, no one really knows what it is, but I'd like to think that it has something to do with the Gambler's phallus [link redacted]. Which is to say: when you're 0-for-25, go out there, grab your junk, and swing away, because good things are bound to happen.

And what's the worst case scenario? Vogt keeps getting out and breaks the record held by Vic Harris at 0-for-35? I don't know who Vic Harris is, but I believe this is his picture: 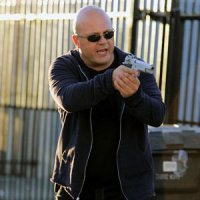 That's some bad-ass company for Vogt to keep. Amirite?

We all know what B.J. Upton can do: flirt with a 30-30 season and play sneaky-good defense in center. But, pffft that's it. We have no idea what Stephen Vogt can do. We don't even know what it looks like when he gets a hit! His potential is limitless. Can you imagine Stephen Vogt being better than B.J. Upton? No? Well, that's only because you lack imagination.

Sure, it's not easy to imagine it, but the best things in life aren't easy. Was it easy to build the Golden Gate Bridge? The Great Wall of China? The Double Decker Taco? Of course not. It took men of vision. Men who hungered for the future (and a layer of beans enveloped in a soft flour tortilla).

Here's how the DRB staff rated Vogt's 2012 season (AKA his MLB career):

I know what you're thinking: A Double Decker Taco would be delicious right now. Also, those numbers aren't the best. Now, I'd like to show you my personal rankings for Vogt's 2012 season. Remember we're on an 80-20 scale here:

Well these numbers certainly blow B.J. Upton's out of the water. Upton was caught stealing six times this year. Vogt didn't get caught once. And these numbers are legit, trust me. Just because I'm the only person bold enough to rank Vogt 80's doesn't mean I'm wrong. I've tried publishing articles on this every day, but the DRB lamestream, Upton-centric bias keeps my message down, man.

Stephen Vogt has spent six seasons in the minor leagues and amassed 1894 AB's in 521 games. Without players like Stephen Vogt, what would happen to all the Minor League coaches, clubhouse managers, and concessions vendors?

B.J. Upton only played a season and a half in the minors before running out on his minor league teammates and making his first appearance in The Show. He'd eventually slink back to the minors, but only to AAA Durham. 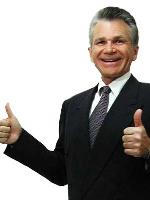 Vogt needs a lot of help with his swing if he's going to make to back to the 2013 Rays club. That's a lot of work with Durham's hitting coach and the guy who feeds the pitching machine. Those men are going to be able to feed their families and send their kids to school thanks to Stephen Vogt. Did you hear that? Stephen Vogt educates kids!

In fact, if Vogt made the 2013 Rays I could envision a line up like this:

With Vogt and Zobrist's positional flexibility, the Rays could save roster space and money when they demote everyone else. Think of all the minor league jobs created then! You know what they say: The best way to win is to Vogt early, and Vogt often.

Under a Stephen Vogt tenure the Rays look to be able to add about $20-25 Million dollars to the payroll. While he makes the league minimum, the Rays can spend this money on top free agents. Some have said that the Rays will get this money anyway, but I can tell you, with Vogt on the team, this money is a sure thing.

With B.J. Upton's expected $60M salary, the Rays would lose close to $40M. Can they afford that as an organization, can you afford it as fans? This is MATH, the numbers do not and cannot lie.

We know that Vogt is essentially "FREE" why else would there be such a fervor around "#FREEVOGT" on the twitter? 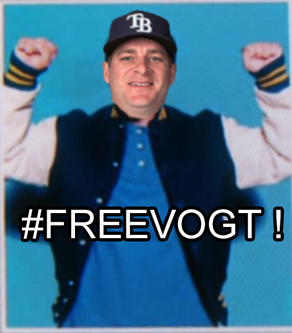 On this election day, as you consider the choices in front of you (and there are only two, a vote for Carlos Pena is a vote for that fascist Youkilis) think about what kind of Rays team you want to see for the next four years. Do you want to see a team possibly make the World Series, or do you want four more years of World Series-less leadership from B.J. Upton? In the end, you want a player that lets you do the thing that, as fans, you love most: Watch the Yankees and Red Sox play baseball in air conditioning. That's what America is all about.