The Rays Tank: Evan Longoria and Jaime Edmondson have a prospect on the way

Evan Longoria's going to be the newest Dad on the 2013 Rays.

Share All sharing options for: The Rays Tank: Evan Longoria and Jaime Edmondson have a prospect on the way

Remember all that time that Evan Longoria was injured in the middle of last season? Wonder what he was doing with all that spare time on his hands? Well, now we know part of the story:

Evan & I really appreciate all of the kind words & well wishes we have gotten today...we look forward to being parents 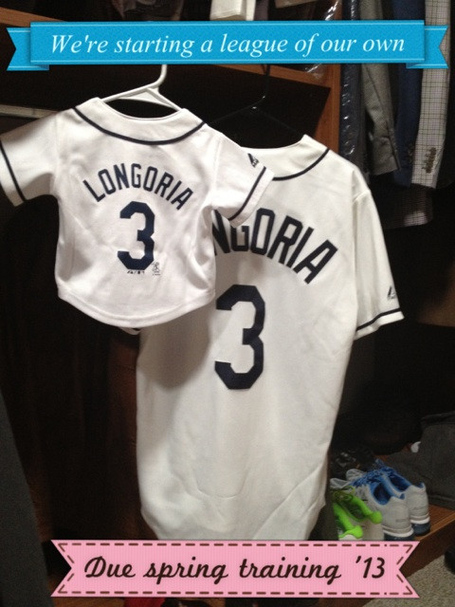 A huge congrats to Evan and Jaime. That's an adorable picture, and the two of them seem to be quite the couple. And hey, with that new contract, it's not like Evan's going to need to worry about moving in the foreseeable future.

And now, on to the rest of the news: