The implications of Cody Ross signing with the Arizona Diamondbacks.

Share All sharing options for: Mining the Diamondbacks Outfield

Kevin Towers seems to be the gift that keeps on giving... to other baseball teams.

The GM of a team in need of a short stop, Kevin Towers of the Diamondbacks started the off season by trading star outfielder Chris Young to Oakland for Cliff Pennington, and then decided he's not enough. So he shopped his two blue chip players - All Star Justin Upton and top prospect Trevor Bauer - until he was able to send the latter to Cleveland in a three-team trade for prospect Didi Gregarious from the Reds, presumably his short stop of the future.

Through it all, the outfield has been a position of depth for Arizona, but now Towers has signed Cody Ross to one of the largest contracts in their team's history: 3 years, $22M, with an option at $9.5M or a $1M buy out, and a $3M signing bonus. In other words, $34.5M for a guy who might be the left side of a platoon in two years. How does this affect everyone else?

The Diamondbacks are primed - yet again - to trade an outfielder, with six major league outfielders on the roster: incumbents Justin Upton, Jason Kubel, and Gerardo Parra, prospects Adam Eaton and A.J. Pollock, and now Ross.

The Rays currently have three holes on the roster: DH, CF, and C. Either of the first two could be met by a trade with Arizona.

How could this work? Desmond Jennings, Sam Fuld, Matt Joyce, and Ben Zobrist are currently slotted to play the outfield, with Wil Myers and Brandon Guyer still on the horizon. Myers will start the year in AAA and profiles best in a corner outfield position, while Guyer is recovering from shoulder surgery and projects as a 4th outfielder for the Rays, platooning against southpaws.

If the price is right, the Rays could use this opportunity to acquire a center fielder from Arizona's bloated outfield. Otherwise, the Rays could trade for a designated hitter, or acquire a corner outfielder to move Matt Joyce to DH. 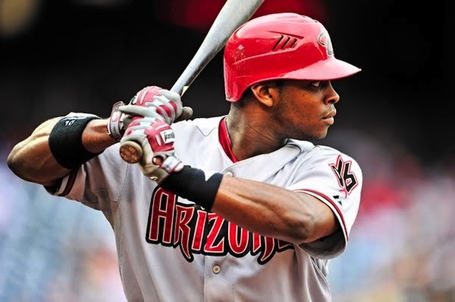 The first overall pick of the 2005 draft and younger brother of Bossman Junior, this Upton has been a source of trade speculation all off-season. Upton has three years remaining at $9.75M/$14.25M/$14.50M and is the face of the Diamonback franchise.

After monster years in 2009 and 2011, Upton followed each season with mediocre play. Upton had very inconsistent issues in his swing that were most likely attributed to injuries in each down year, but his lackluster performances have led him to the trade block nonetheless. While he may hold the most trade value for the Diamondbacks, Upton is also less likely to net his trade potential coming off an injury riddled season. 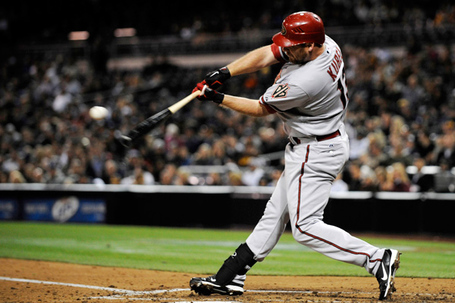 It's no secret that Kubel may be the odd man out in Arizona. Many are reporting that Jason Kubel is the most likely candidate to be traded.

Kubel played left field in his frist season with the Diamondbacks, and spent his career between the corners for the Twins before that. Unfortunately, his defense has been pretty useless. Kubel has never recorded a positive UZR in his career. In any position, ever. Let me go out on a limb and say his future seems best suited as a Designated Hitter. 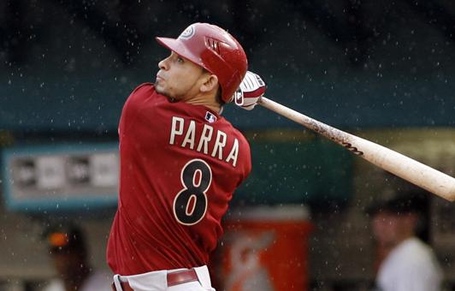 Splitting his time between left and center last season, Parra more than made up for Kubel's failure in the outfield. The four-year veteran bats and throws lefty, with plus defense but just an average bat. He owns a career 89 wRC+ and 18% K-rate that are not too desirable.

Parra earned a gold glove in 2011 and begins arbitration this off season. He has clear, proven defensive abilities and is capable anywhere in the outfield at a low cost. Given the added year of control, but with a weaker bat, I would expect Parra to net a similar return to Denard Span if he were traded this winter. 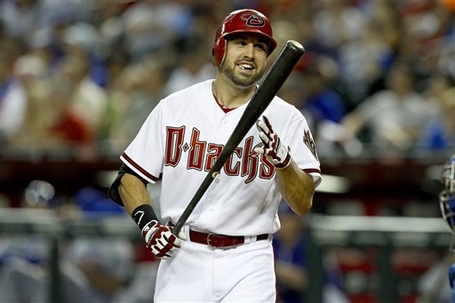 This 24-year old prospect is best known for his speed. The right handed contact hitter stole 44 bases between AA and AAA before his promotion last season, playing 22 games for the injured outfielders Young and Upton.

Eaton is a BABIP beater, something desperately missing from the Rays offense. He has never produced less than a .345 BABIP at any level in the minors, and is batting a .432 BABIP over nearly a full season of Triple-A at-bats. While you may be skeptical to learn these numbers came from the Pacific Coast League, it's important to remember the PCL is only known for inflating power (re: Sean Rodriguez), so the raw numbers appear real.

Eaton projects as a solid lead-off hitter, featuring major league patience and an ability to hit for average with excellent contact. He put up a 117 wRC+ in 103 PA's last season. 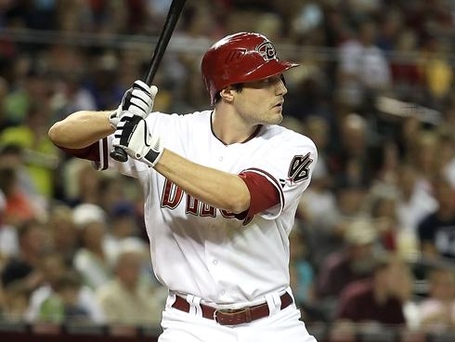 Pollock played 31 games for Arizona last season, also benefitting from Chris Young's injuries. He is a year ahead of Eaton in development, but does not swing the same bat. Pollock posted a .351 wOBA in AAA last season and made excellent contact in his 93 plate appearances, but he swings with almost no power and lacks Eaton's patience.

The 17th overall pick in 2009, he missed the entire 2010 season with elbow surgery, but returned well. Pollock hit 41 doubles and stole 36 bases at AA in 2011, and proved his worth to become fourth on the Arizona depth chart last season. While the 25-year old outfielder certainly has plus speed, he lacks the range of a center fielder, or the power of a corner. He, too, will not be a free agent until 2019.

Pollock is ready to be a 4th outfielder for Arizona, and profiles well as a right handed bat off the bench.

If the Rays were to pursue a designated hitter not named Michael Morse, then Jason Kubel is a great alternative. Kubel does not have the same ability to man first base in a platoon with James Loney, he is under control at a fair price for one-to-two years, and is the most reasonable trade candidate for both the Rays and the Diamondbacks to focus on.

If we are making Christmas wishes, I would love to see the Rays take a run at Adam Eaton. To my knowledge, his name has not been spoken of in trade rumors, but the Rays could parlay the recently acquired depth from the Shields-Myers trade for a package similar to what the Phillies used to net Ben Revere.

What say you? Should the Rays pursue any of the Arizona outfielders?