We have reached the point in Spring Training where the start of the season for the Rays is just around the corner. Plenty has been discussed since October 5th, with most of the conversation revolving around the catcher and shortstop positions. Despite all of this discussion, Desmond Jennings has been rarely mentioned. In fact, Jennings hasn't had a single post dedicated to him this offseason here at DRaysBay.

The reasoning behind this is simple: we all know pretty much everything there is to know about Jennings. After all, he has been highly regarded as a prospect for quite some time now, and it didn't hurt that the Rays already had a very similar player in Carl Crawford. Follow the jump for a profile on Jennings.

Drafted by the Rays in the tenth round of the 2006 MLB Draft, Jennings possessed an exciting skillset as a phenominal athlete. In fact, The University of Alabama recruited Jennings as a football player. However, he went to Itawamba CC, where he played wide receiver, earning JUCO All-American recognition. The Rays nabbed him for $150,00 and sent him to rookie league, where he batted .277/.360/.390 in 56 games.

His most obvious tool is his speed, which rates near the top of the 20-80 scouting scale. At the plate, Jennings has a discerning eye with the ability to make contact and drive the ball in the gaps. He has all the tools to become a top-flight leadoff hitter. Managers rated Jennings as the SAL's best defensive outfielder, and he has an average arm

A Tale of Two Halves

While Jennings' overall MLB stat line looks encouraging, it doesn't display the stark discrepancy between his performance after initially being called up and his performance later in the year.

As can be seen, Jennings shot out of gate before coming back down to earth in Sept/Oct. How did pitchers adjust to Jennings? 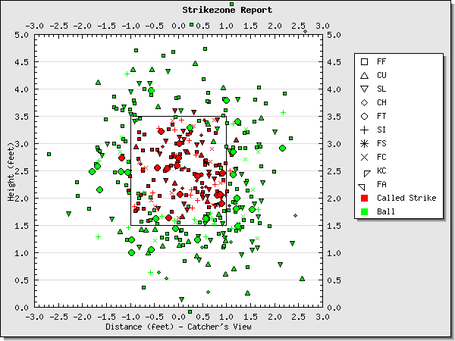 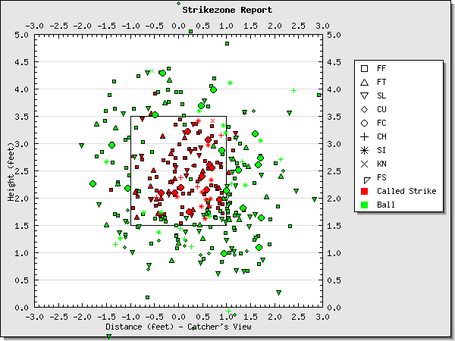 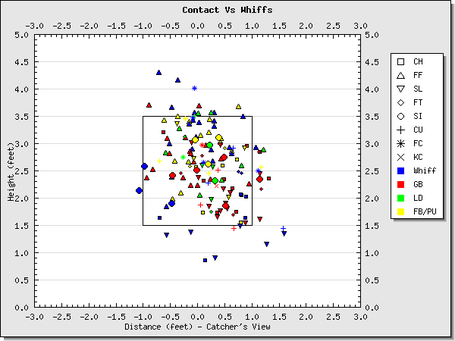 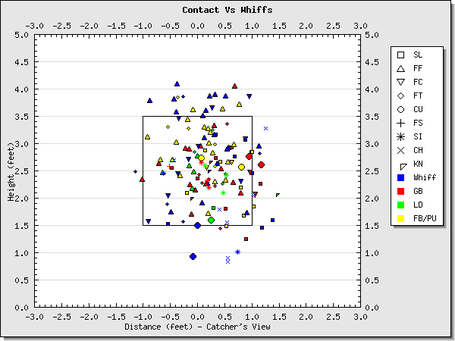 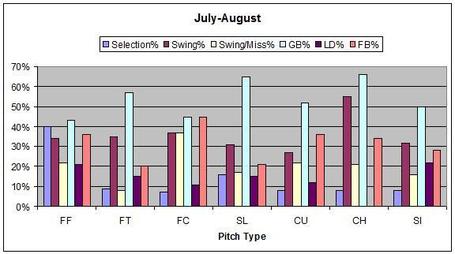 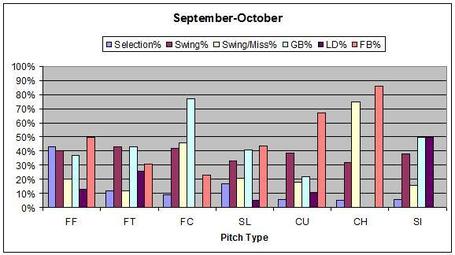 The interesting aspect is how few adjustments the pitchers made. For example, no pitch varied between the two time frames by more than 3%. That is quite surprising, but also good news for Rays fans. If pitchers didn't adjust, then it was presumably just a slump by Jennings. From the Pitch FX charts, it does appear that pitchers tried to avoid the inner half of the zone more later in the year versus Jennings. Whether that was by design or just variance is up for debate.

So if pitchers didn't notably adjust to Jennings, did he just develop bad habits?

From these spray charts, it appears that Jennings just wasn't hitting the ball with as much authority, especially down the left field line. This could have been result of him either tiring out late in the year or just not performing well.

In conclusion, it appears that Jennings September/October struggles were the results of a slump instead of pitchers making an adjustment. This is encouraging news, since Jennings has shown the ability to be an excellent hitter over a streak. With this in mind, here is my projection for Jennings in 2012, along with some of the more notable projection systems.