This is a visual approximation of the last time we saw 3B Evan Longoria in a regular season game: 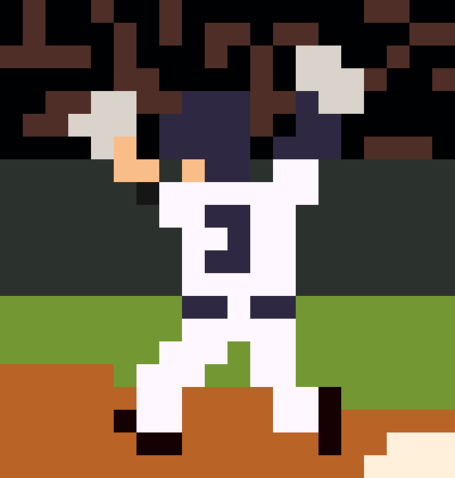 In game 162, Evan Longoria slapped homers No. 30 and No. 31, pushing the Rays into the single most amazing win in franchise history and possibly the greatest night of modern baseball history.

Longo is now a four-year veteran and has missed the playoffs only once in his career. Which is incredible considering: When he was in the minor leagues, the team won only 39% of its games (127-197); since then, the team has won about 57% of its games (368-280).

Everything, obviously. And that includes ground into double plays and get injured -- both of which Longo has done with vigor. Still, Evan represents one of the purest examples of a Baseball Player:

He hits well; he fields well; he runs well -- he is well. When people think back on this era in Rays history, it will be remembered as the Evan Longoria era (whether or not it should be). He is the cornerstone of the franchise and the team's single most valuable player -- and not that is not even considering his team-friendly contract. 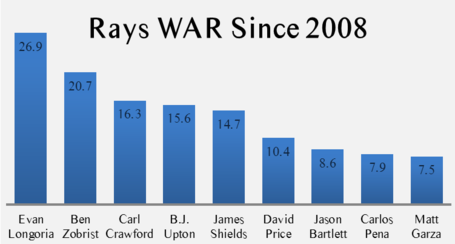 One of these days, 3B Adrian Beltre is going to leave the AL or retire, and nothing will stand between Longoria and a whole room dedicated to his Gold Gloves.

But though Evan's future looks mostly sky-blue beautiful, there is always a chance of rain in Florida. According to Baseball Prospectus' injury database, Longo has missed 64 games and 86 days since joining the majors. 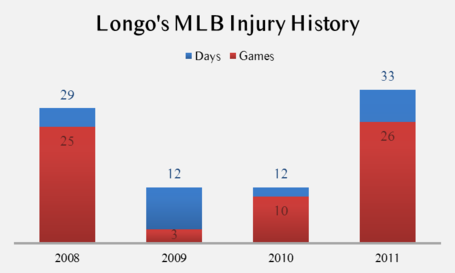 Is Longo's injury history worth worrying about? Well, I'm not too concerned about it. It is worth mentioning, though. In the span that Longoria missed 86 games, Ben Zobrist missed just 37, Carlos Pena missed 62, and B.J. Upton missed 17.

So he's been injured a little -- a fact made only more pointed by how much the team misses him when he's gone -- but none of the injuries (other than his broken wrist in 2008, from which he seems to have fully recovered) appear as the career-affecting, lingering types.*

So what's on the slate for Evan Longoria in 2012? Presumably more of the same.

Pretty much every projection system outside of Marcel expects Longoria to hit better than his .374 career wOBA, and presumably his fielding should keep in that 10 to 15 runs range it has been. All told, Longoria should be good for another 7+ win season, and if he disappoints a little, then maybe 6 to 7 wins.

And judging by how good the team around him looks right now, I am sad to report the Rays may not need Game 162 this year.