Share All sharing options for: Early Season Trends To Monitor

One game in, there's not very much data. And yet it seems far too backward to study last year's numbers at a time like this. Rather than an in depth analysis, then, I'm instead starting off my regular slot with a list of things I think are worth keeping an eye on early in the season. 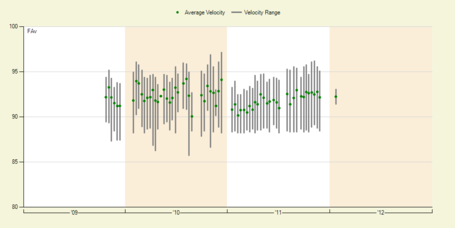