Share All sharing options for: This Week In Sun Sports: Danny DeVito Edition

Welcome back to This Week in Sun Sports, kids. As always, we'll be looking at the oddities of the Rays broadcasts from this past week. Anything from the announcing, to a crazy video segment, to the fans in the stands. If it's on Sun Sports, we see it. Because--like Shia LaBeouf in that movie based on a Rihanna song--we're always watching.

This week covers Tuesday, May 8th- Sunday, May 13th. If you missed last week's, you can find it here.

This week is the Danny DeVito Edition, not because I'm doing a "life and times" of our favorite momma-from-train-thrower, but because there's just not that much #TWSS to go around. Two series against divisional opponents will do that to you, especially now that the Orioles have decided to be good all of a sudden. Baseball can be so serious sometimes. How annoying. So, like Danny DeVito, This Week will be short and sweet... and hairy... and inappropriate towards the end.

This week, the Rays faced many hard truths: Injuries suck, the AL East is good, and throwing ~50% strikes just ain't gon' cut it. Here at 'This Week in Sun Sports' we were faced with something else: Yeildsface: (h/t Paul Ellis) 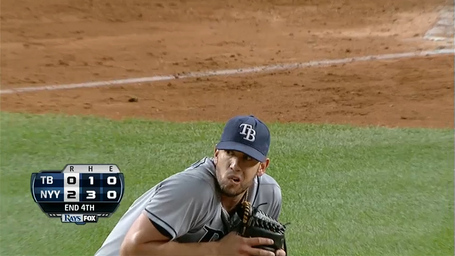 In the fourth inning, James Shields surrendered a two-out, two-run rainmaker over the cuckoo's nest to Raul Ibanez and gave the above expression. I'm just going to add it to our growing list of 'faces.' Yeildsface, meet Lackeyface, Roddyface, Beavanface, and, of course, BAface. I'm sure you'll get along famously.

Yeildsface GIF after the jump...

If someone wants to edit in a dramatic chipmunk, I will not object.

In the top of the fifth, Luke Scott hit a snaking double to center. Then this happened:

Looks like truckin' that adamantium skeleton to second base takes a toll on ol' Wolverine. Is he clutching his helmet to help keep it on, or is he feverish? I imagine that's expression Houston gave when she finished her famous 500 620. When he's finished regaining his breath, Scott holds up his fingers in a gesture that could only mean "It was this big."Clearly, he wasn't referring to the size of this article, because...

That's it for This Week in Sun Sports! MLB.tv has glitched up again and denied me the chance to look up whatever 'Airplane Dugout Dance" that Paul Ellis and pudieron89 say occurred in the bottom of the third on Mother's Day. I'm sure it was excellent. 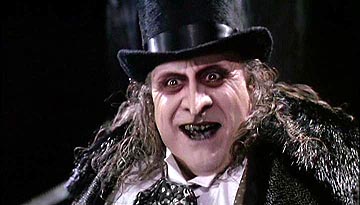 (This is how MLB.tv makes me feel)

Thanks again to everyone who sent stuff in this week. If you see something during the game that would fit "This Week in Sun Sports," please help us out and tag it (#TWSS) in the GDT or email a description or screencap (including inning and outs) to ThisWeekInSS@gmail.com. See you next week!