With the Nationals taking two of the three games during the past series, the Rays now head to Philadelphia, preparing to battle with the Phillies for the three game series. While the Rays are reeling, Philadelphia has also struggled, playing to a 4-6 record in their last ten games and sitting in last place in the tough NL East (33-38 record). 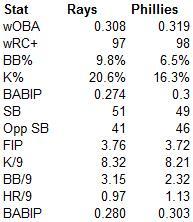 So far this year, Lee hasn't quite performed up to expectations in regard to his ERA. However, his FIP and xFIP indicate he has performed in his typical ace-like manner. Cliff Lee throws six different pitches, mixing them up very cleverly. Here are the velocities per Joe Lefkowit's Pitch fx site: 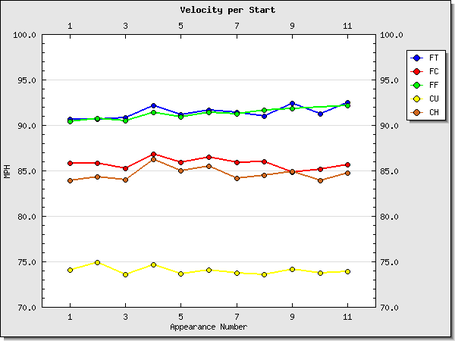 While Lee's repertoire isn't overpowering, his ability to baffle batters and tempt them into taking foolish swings is superb. Here are his pitch types, usages, and results.

So far, Kendrick has had a disastrous year. Given his stats and his handness (RHP), the Rays shouldn't have too much trouble with him. 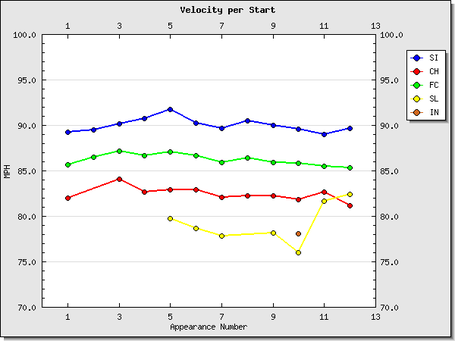 Kendrick is primarily a sinker-ball pitcher, also mixing in a good changeup, a cutter, and a slider.

Cole Hamels should be a hard test for the lackluster lineup the Rays put forward against left handed pitching. For the past six years, his consistent effectiveness has helped characterize the Phillies as a pitching-minded club. 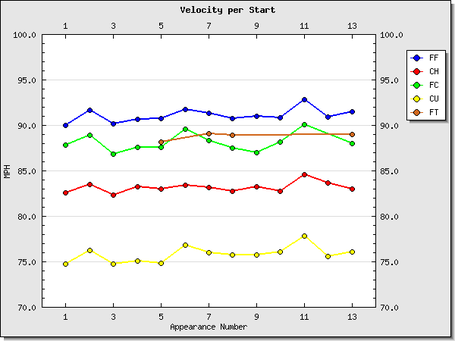 Cole Hamels mainly relies on locating his fastball and fooling batters with his plus-plus changeup.

Offensively, it has been a solid year for the Phillies given their plethora of injuries. Carlos Ruiz and Hunter Pence have been two of their better hitters while Shane Victorino and Jimmy Rollins haven't hit as well as in the past.

Even though the Phillies haven't been dominant (or good, even) this year, they should be a tough match-up for the Rays. Cole Hamels and Cliff Lee are both legitimate aces capable of shutting down the Rays lineup. Winning 2 out of the 3 games would be a success for the Rays.

The data and statistics are from fangraphs.com, Brooks Baseball, and joelefkowitz.com.