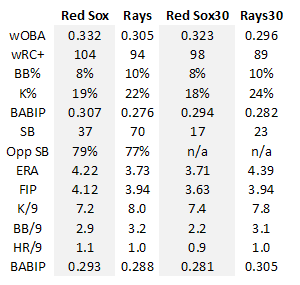 This week's Red Sox information was brought to us by SoxSpace.com's Jared Carrabis.